THE KILLER is widely regarded as John Woo's best all round film, and makes an appearance on an extraordinary number of people's Top 10 lists. This may be because it was the first Hong Kong movie a lot of people saw, as it was one of the first to get any kind of widespread attention in the US. It doesn't feature in my own Top 10, but that's not because it isn't good.

Chow Yun-Fat plays the titular killer, an assassin who begins to regret his life of violence after accidentally blinding singer Sally Yeh during an assassination. Danny Lee plays the cop on his case, who begins to find he can relate to the killer more than he can to many of his colleagues. Both men are shown to be men whose values of loyalty and honour are increasingly being forgotten by the society in which they live.

THE KILLER pretty much defines the "Heroic Bloodshed" genre, taking the code of chivalry from the old swordplay films and bringing it into the world of guns and bullets. Woo basically started the whole genre with the seminal A Better Tomorrow, but THE KILLER is the most distilled vision of the concept he or anybody else in Hong Kong produced. It's a very romanticised film - even though the main characters earn their livings from violence, they're painted as very noble characters and starkly contrasted with the real villains (led by Shing Fui-On in his best role ever) who kill without honour. There's a broad message of peace and restraint from violence there too, though it's somewhat conflicted with the romanticisation of some of the bloodshed. 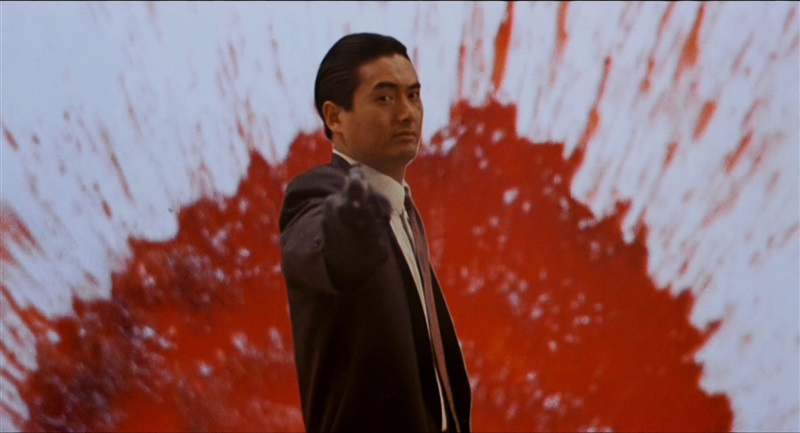 John Woo and Chow Yun-Fat were serious box office gold when THE KILLER was made - apart from another Jackie/Sammo/Biao collaboration there was probably no more anticipated collaboration than this one. As such, THE KILLER was afforded a budget and shooting schedule that most Hong Kong productions could never dream of (though still no doubt miniscule compared to any Hollywood film of the time). This is evident in the quality of the production on pretty much ever level. The film has as high production values as any Hong Kong film ever made, and is surely one of the most technically accomplished. Credit for this must be shared between cinematographer Peter Pau, producer Tsui Hark and of course director John Woo.

I've always suspected that the real talent behind the film was probably Tsui Hark - it's rumoured that Tsui & Woo fell out heavily because Tsui felt THE KILLER should be "A Tsui Hark Film" and not "A John Woo" film. Evidence for this is that Woo's earlier and later films have been largely lacking the substance and depth of THE KILLER (especially his Hollywood films, but everybody gets that in Hollywood). However, the interviews on the Hong Kong Legends DVD clearly show that Woo had a vision and pursuit of excellence that was the driving force in the project. He's spoken of very highly by his cast and DOP, who give him the full credit for the film's success. I'd like to hear Tsui Hark's side of the story though 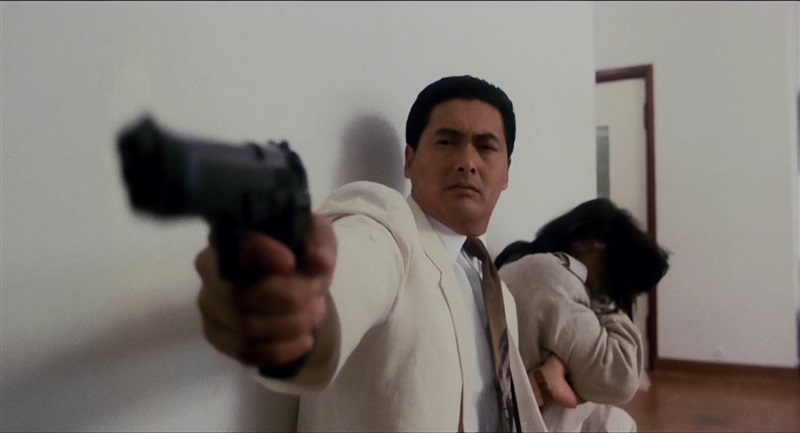 The attention to detail in the film is most obvious in the cinematography. This was Peter Pau's first big film, and the one that established him as one of Hong Kong's top cinematographers. He gives Woo most of the credit for the film's visual style though, describing how much thought Woo would give to the way the camera should be positioned and move to bring out the emotional quality of the scene. I don't have the knowledge/education to be able to perceive how the camerawork in the film does contribute to the emotional depth, but I can acknowledge that it's effective.

Woo is often regarded by Western film makers as the best director of action in the world. I think Tsui Hark probably deserves that credit more, but Woo certainly redefined the way gunplay was choreographed and filmed. Hard Boiled is his finest work in this respect, but THE KILLER certainly comes second. The action was choreographed by Ching Siu-Tung, who was evidently a little uncomfortable with choreographing gunplay when he worked on A Better Tomorrow II (sorry, but most of the shoot outs in that are just people running round randomly waving their guns at stuntmen). He'd obviously improved his skills a *lot* by the time of THE KILLER though, as the action scenes are exciting and violently beautiful. The grand finale in a church is surely one of the best gunplay sequences ever filmed, topped only by the finale of HARD BOILED. 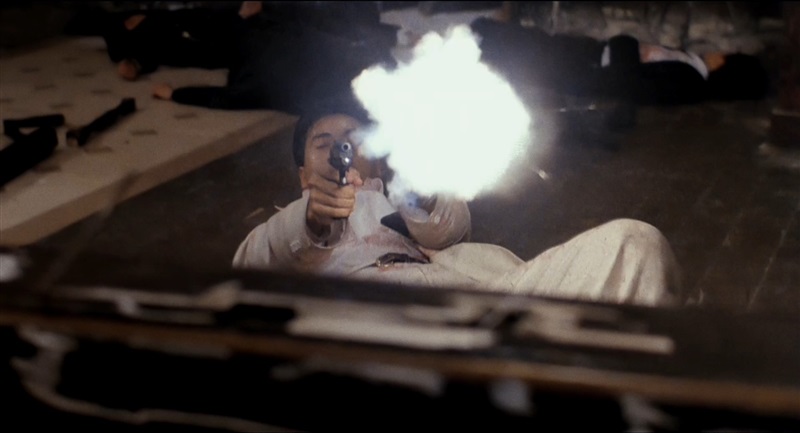 Some Western audiences find THE KILLER too melodramatic, and for an audience not raised on the swordplay and kung fu films that influenced Woo the romanticised notions of loyalty, honour and integrity may seem rather alien and strange. It's a theme that has long been found in Hong Kong Cinema though, so perhaps it reflects a more Chinese set of values than the average American or European is used to experiencing. It would be especially rare to find such emotional scenes in a Hollywood action movie, where the action genre is usually considered to be wholly distinct from drama. Perhaps it's this that makes THE KILLER such a wide hit whenever it is screened in the US.

So, although I won't put THE KILLER in my Top 10 list, I definitely won't dispute the fact that it's one of the best realised films Hong Kong has produced. John Woo is unlikely to produce a film of this calibre again, and unfortunately it's unlikely Chow Yun-Fat will do either. As for Danny Lee, this was undoubtedly the highlight of his career - PSYCHADELIC COP anyone? Sally Yeh also gives her most memorable performance, and a surprisingly convincing blind character for somebody that had no real acting training. Shing Fui-On and Kenneth Tsang have never looked better either. In fact, for almost everybody involved this was probably the high point of their career.