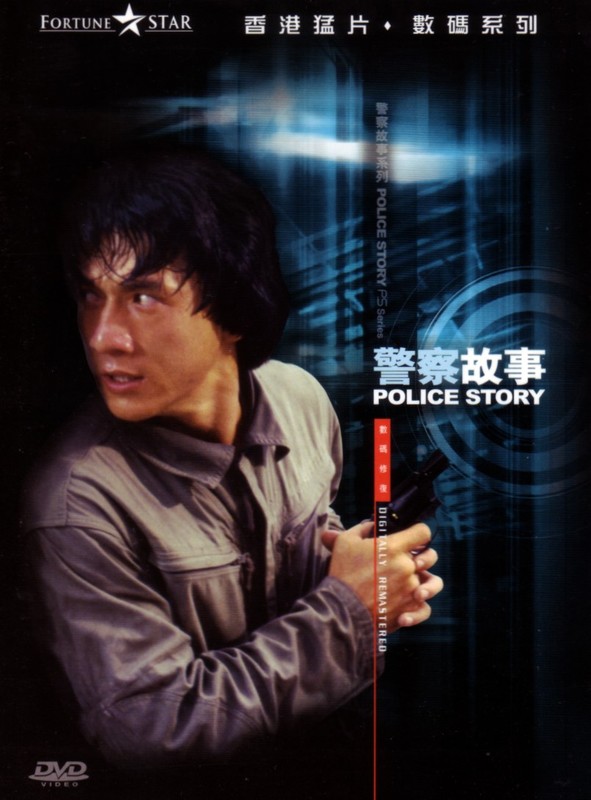 POLICE STORY rewrote the book on action films, a genre-defining masterpiece that must be the finest entry in Jackie Chan's illustrious filmography. As Jackie has said, "When everyone else was being serious, I had to be funny to get noticed. Then when everybody else was being funny, I had to be serious!". POLICE STORY is the film where he got serious, ushering in a new wave and style of modern-day action films with intense, even brutal action and incredible stunt work. Chan's character Ka Kui (horribly translated as "Kevin" in the dub and some subtitles) is the one he will most be remembered for - in as much as any of his characters are anything but "Jackie Chan". Ka Kui is the upright, hard-boiled cop who is married to his badge and has to fight the system as much as the villains - led here by director Chor Yuen with a superbly sleazy performance from Charlie Cho as his lawyer.

POLICE STORY is an intense film almost from start to finish, though there are some scenes of comedy (mostly at the expense of poor Maggie Cheung). Things start off well with a police raid on drug dealers in a shanty town that leads to some stunt sequences that have become legendary - Chan hanging from a speeding bus by an umbrella has become an iconic scene, one that represents as well as any the unique bravado and daredevil that Hong Kong stuntmen represent - even when they're also the lead actor and director! This is just one of many classic action scenes in the course of the film, culminating in a mass brawl in a shopping mall that features some of the most vicious and brutal fighting that had ever been put on film. This was a radical departure from the traditional martial arts of a kung fu film, even something like YOUNG MASTER which was already intense. Although some kung fu is used, the fighting is much more "street", improvised and emotional, with a genuine sense of fear and anger. Although there had been moves towards this style in previous films such as Wheels On Meals and Heart Of Dragon, it was POLICE STORY where the ideas really came to fruition and marked a whole new style of Hong Kong action. It couldn't be more opposite to the fantasy wire-based wu xia that had been popular for the few years previous, and effectively killed that style off for the rest of the decade.

If POLICE STORY were the only film Jackie had made, he would still have earned his place in the HK Cinema pantheon. Essential viewing for anyone who likes action films!