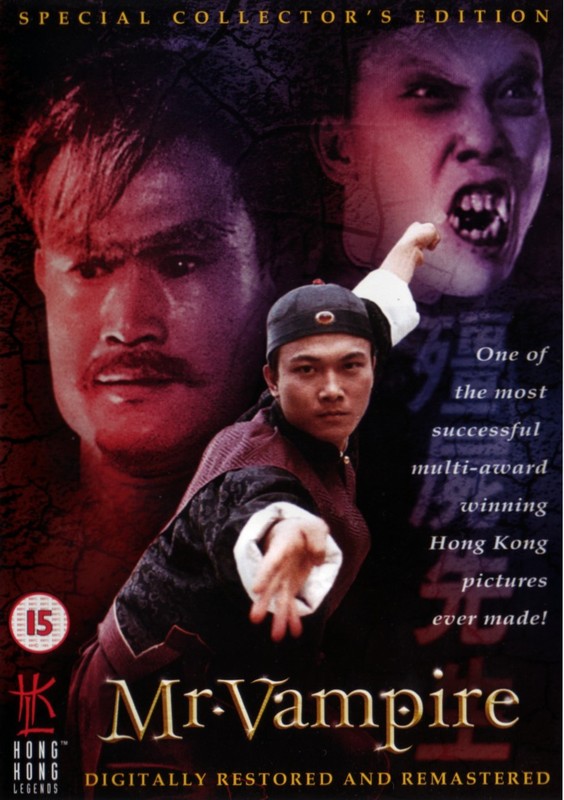 MR. VAMPIRE follows the exploits of a taoist priest and his disciples when a long buried corpse escapes from the grave and begins wreaking havoc in the town.

Although obviously owing a great debt to Encounters Of The Spooky Kind, MR. VAMPIRE is the classic which really defined the 'Action Horror Comedy Vampire' genre, or "Gyonsi genre" if you prefer, spawning countless sequels, spin-offs and imitators. The role of the uptight monobrow Taoist priest is the one which Lam Ching-Ying will forever be remembered for, and he was to reprise it in any number of films.

The mix of comedy, action, fantasy (I am loathe to call it "horror" because it's really not scary!) is a fine example of the mixup of genres that Hong Kong made its own in the 1980's, and Mr. Vampire was one of the films which received fairly wide exposure in the west and introduced many people to the territory's unique cinematic charms.

The film is not especially narrative driven, with a large part of the running time taken up with 'skits' - generally comedy misadventures starring Chin Siu-Ho and Ricky Hui, often in conflict with the bane of Hong Kong comedy films, Billy Lau. Billy Lau is actually more or less tolerable here - he plays the kind of sleazy, cowardly and thoroughly unlikeable type which seemed to be the limit of his acting range, but he manages to keep the level of annoyingness just about down to a level appropriate for his character for once. Chin Siu-Ho and Ricky Lau make their characters more likeable despite frequent gross stupidity (which is the main driving force behind much of the film - I won't say the plot, because the scenes it is induces are rarely important to driving the overall story forward), but the film clearly belongs to Lam Ching-Ying, perfectly defining a character that would become an archetype. 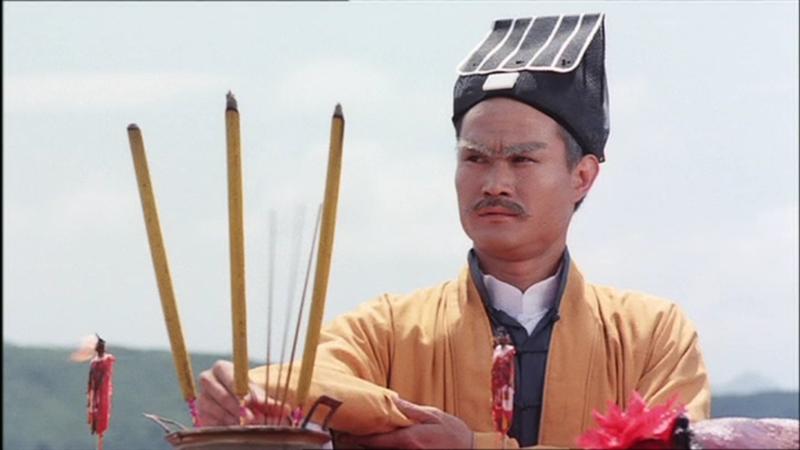 Aside from the comedic scenes there is a barely relevant subplot involving Pauline Wong as a ghost, a side story which in many ways anticipates A CHINESE GHOST STORY (which is to say, I suppose, that it was influenced by Pu Songling's work) and the main thread involving Moon Lee and her family, of which the vampire is a member (or was). The story isn't the most compelling aspect of the film, but it's a reasonably interesting tale.

Action is less dominant in MR. VAMPIRE than it was in ENCOUNTERS OF THE SPOOKY KIND, but is of a fairly high standard when it does occur. There's some quite well done stunt work, and some well choreographed fight scenes, which often incorporate or revolve around the elaborate Taoist rituals which are the hallmark of the gyonsi genre. Chin Siu-Ho is the prime acrobat, naturally, whilst Lam Ching-Ying is the master of the ritual.

The film earns its classic status despite the lack of a strong plot driving it due to its mash up of action, comedy and fantasy. It's a fine example of the creativity and imagination that Hong Kong films had in spades during their Golden Age, and which made them so appealing to many a Westerner like myself who found Hollywood's output to be stale and uninspiring. Of course, Hong Kong was not always innovative, and by identifying a successful formula MR. VAMPIRE was doomed to be repeated until audiences grew absolutely sick of seeing hopping vampires - but it is a tribute to the formula's success that this took quite a long time and produced many more entertaining films along the way.

Whilst not quite as good as some that preceeded it (ENCOUNTERS OF THE SPOOKY KIND) or some that followed it (A Chinese Ghost Story), MR. VAMPIRE is still a fine film with enduring appeal, and a necessary part of any education in Hong Kong cinematic history.