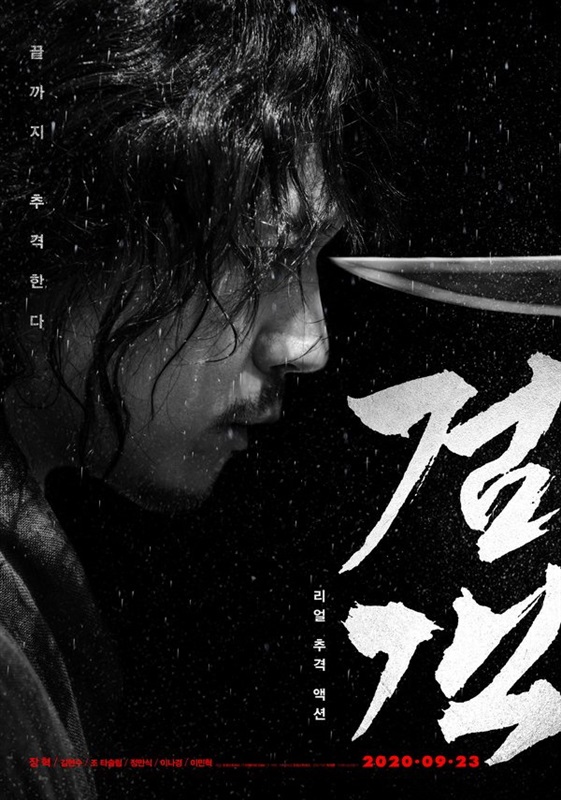 Soldiers from the Qing empire are ravaging Joseon and the weak king does little to stop them. The royal guard of the previous king is living in quiet seclusion on a mountain, having failed to protect his liege from rebels in the coup that brought the current king into power. When his eyesight starts to fail his daughter persuades him to travel into town to seek treatment, but when she attracts the attention of a group of Qing slave traders he is forced to pick up the sword once again.

THE SWORDSMAN is a straightforward film, more driven by character than plot, and adorned with a number of fight scenes that escalate in scope and intensity in a suitably thrilling way.

The characters are mostly uncomplicated but believably human. Jang Hyuk plays his character stoically, with his emotional state only being expressed through action - we deduce that he is fiercely protective of his daughter and ashamed of his earlier failure mainly by the way he hits people with sword or stick. I didn't recognise him as the goofball lead from VOLCANO HIGH at all - I suppose it has been 20 years.

Joe Taslim's villain is the most interesting and self aware character, with a larger than life persona that is charismatic and menacing in equal measure - in some ways he's more likeable than the hero.

The film's biggest attraction is the fight scenes, which feature some kinetic choreography and a camera that gamely follows Tae-Yool into battle as he uses speed and agility to overcome his opponents strength and numbers. I've seen several people compare the style of the action to the Rurouni Kenshin live action films, which seems like a fair comparison. I don't think it's quite as well executed here, though I'd have to go back and rewatch those films to state so with any confidence.

I don't think THE SWORDSMAN is a film we'll all be talking about 20 years from now, but it's a solid piece of entertainment that's respectful of the viewers time.