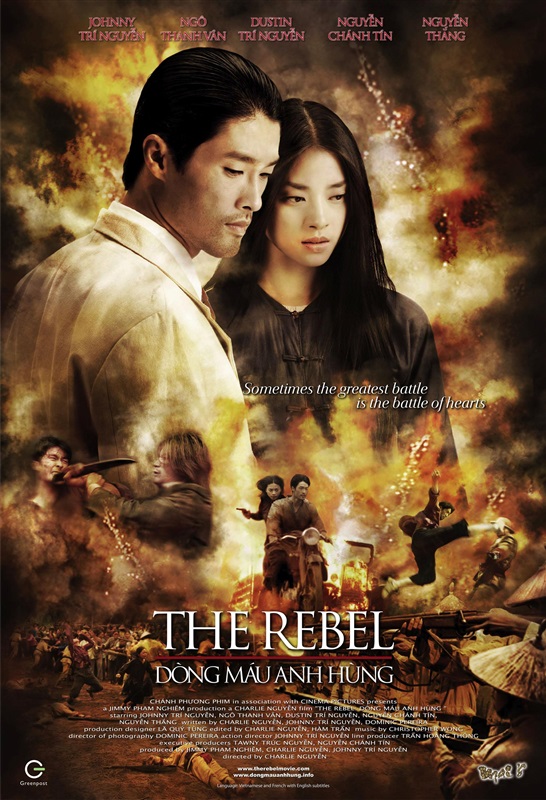 It's the 1920's and Vietnam is under French occupation, with the colonial power bringing great wealth and comfort for a few and cruel suffering to those who aren't so lucky. When a group of rebels attempt to assassinate a French official in the streets they are stopped by his Vietnamese bodyguards, who capture the daughter of a prominent rebel leader in the process.

Haunted by the shooting a young boy who was part of the assassination attempt, one of the Vietnamese agents decides to help the rebel escape, resulting in the two of them on the run.

THE REBEL was Vietnam's contribution to the wave of martial arts films that followed in the wake of Ong Bak, featuring some bone-crunching fight scenes courtesy of star and action choreographer Johnny Tri Nguyen.

Johnny Tri Nguyen seems like a born leading man with his movie star good looks and martial arts talent. Apparently Hollywood didn't see it though, as the only work he ever got there was as a stuntman. Luckily Charlie Nguyen saw the potential in his little brother, and cast him alongside singer Veronica Ngo and the more established Dustin Nguyen (no relation) for this film - clearly intended as a calling card for the Vietnamese film industry, to show that it could produce blockbuster action films to compete with the likes of ONG BAK. 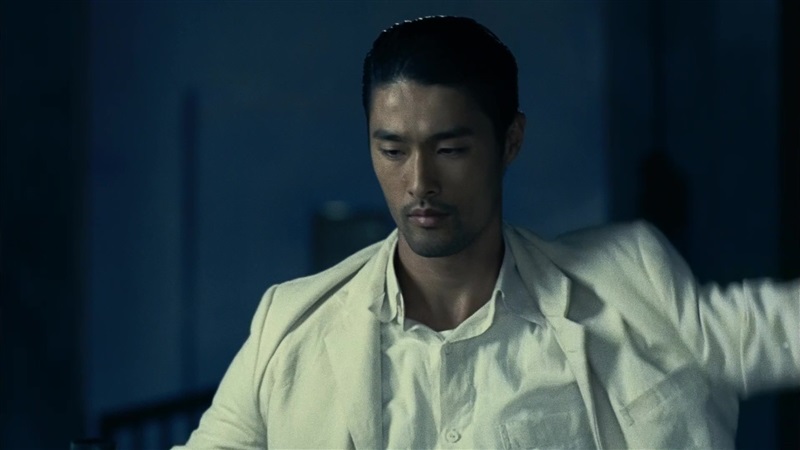 The result is definitely a success. It's an uncommonly good looking film, with sumptuous cinematography that evokes the economic disparities of colonial Vietnam and a story that is relatively uncomplicated but well realised, with the main characters having enough depth to make their interactions feel meaningful. It was a smash hit at home, becoming the highest grossing domestic film of all time, and getting at least some attention internationally.

Leading lady Veronica Ngo was a successful model and singer but had relatively little acting experience and no martial arts training prior to this film - you wouldn't guess, as she absolutely shines. Her fights are a little more edited and tightly framed than Johnny's but she pulls off some impressive moves without doubles and her ferocity is thoroughly convincing. Her transition from an elegant lady to a fierce rebel warrior in the scene where she first appears is a terrific character introduction, with a shift in stance and expression completely transforming her in the viewer's eyes. 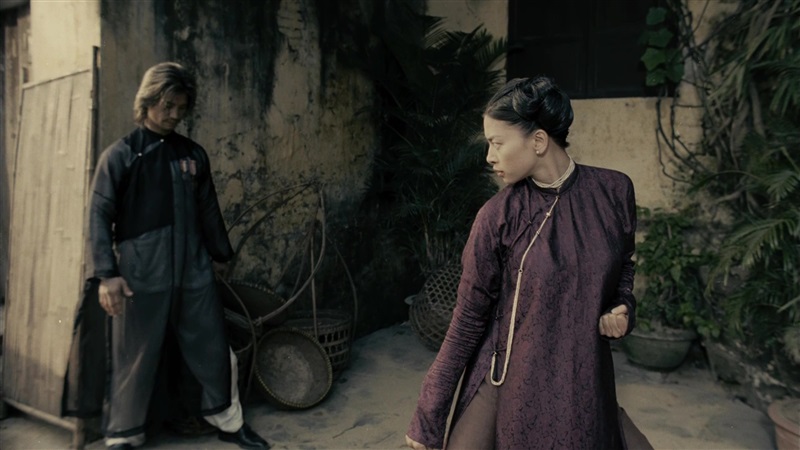 Dustin Nguyen also puts in a good performance, producing a villain who is quite plausibly human rather than a cackling maniac as you find in many films of the genre. He doesn't have the bona fide martial arts skills of Johnny but he has some power so his character is more immovable object than unstoppable force in their clashes.

THE REBEL is such an accomplished film that it seemed inevitable that it would establish Vietnam as a centre of excellence for action films, but unfortunately it hasn't worked out that way. Johnny Tri Nguyen and Veronica Ngo teamed up again a few years later for Clash, which has some decent action but was clearly made with a fraction of the budget and doesn't have the same quality feel. Although THE REBEL was a big hit in Vietnam it still took a long time to actually recoup its costs, since local distribution doesn't bring in much money for the film makers, so it was a while (and a couple of successful comedies) before the team was able to get the funding to attempt another large scale action film.

Unfortunately that film was BUI DO CHO LON (Chinatown), and Vietnamese censors deemed it too violent and portraying the country in a bad light and banned it, with Charlie Nguyen stating that the cuts they requested would have required them to reshoot almost the whole film, which would have meant not making the film they wanted to make even if they could afford it... which they couldn't. This expensive failure pretty much killed off the hopes of a home grown action scene in the country - though more recently Veronica Ngo starred in FURIE, which has got some attention on Netflix and maybe got action fans' hopes up again. There are even whispers of a sequel to THE REBEL possibly being in the works.

I would certainly love to see more films of this quality coming from Vietnam, and you can pretty much count me as a viewer for anything with Johnny or Veronica kicking heads.