Directed by
Genre
A tragic romance... with ninjas 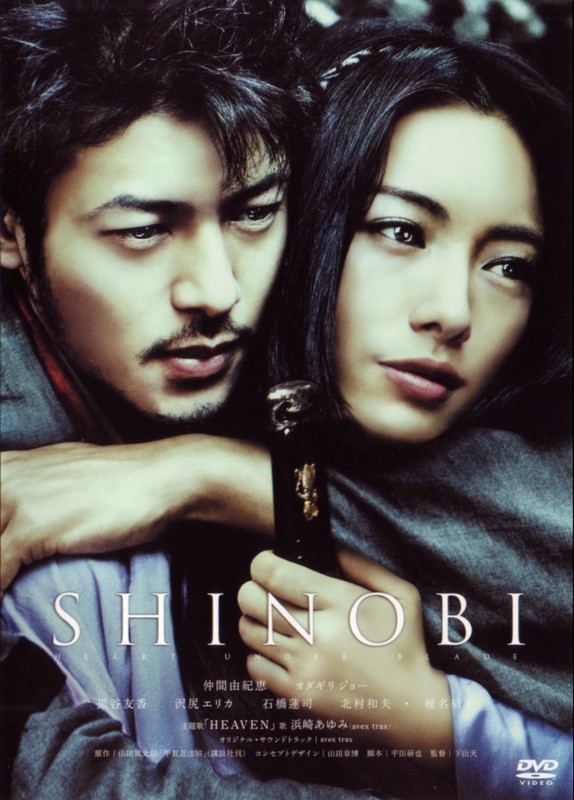 Take "Romeo And Juliet", make the Montagues and the Capulets two rival Ninja clans, have the Shogun declare that these clans must send their 5 best warriors to kill each other, season with a lot of CGI, bake for 90 minutes and you can make your very own SHINOBI: HEART UNDER BLADE!

- A lot more lousy CGI
- Most of the action is CGI, not fists + wires
- Not nearly enough Tak Sakaguchi
- Wet blankets for leads
- Sappy story with no real emotional depth

The definitely not ugly:

The film is very reminiscent of Azumi, sharing mosts of its strengths and its weaknesses... if you liked one, chances are good that you'll like the other. I wasn't a big fan of AZUMI and I'm not a big fan of SHINOBI - at least the latter is much less self-indulgently edited at 95 minutes. There are some undeniably cool bits, but there's too much reliance on computer generated environments and effects, and not enough on getting charismatic leads (Tak has very little to do in the film but he easily steals it)

So, if it's another AZUMI you're looking for, look here. If, like me, you're still waiting for another Versus... better hold out for Death Trance!

aka SHINOBI: HEART UNDER BLADE