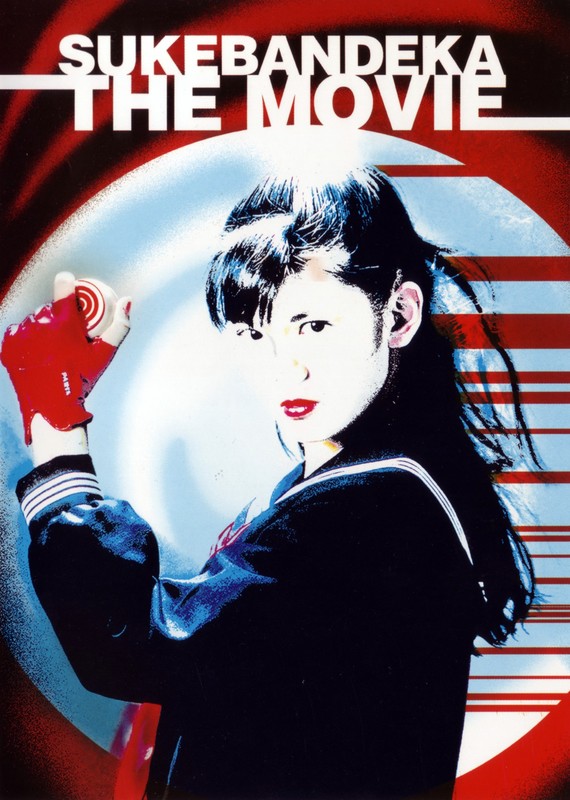 I think enough time has passed now that we can all admit that the 1980's were basically a bad idea, but the Decade Of Excess did manage to produce some great cultural relics (deliberately or not). A new one for my list is SUKEBAN DEKA. Originally a Manga and then a TV show, and finally a movie in 1985, SUKEBAN DEKA is the story of a special (and secret) branch of the police which employs Japanese schoolgirls to fight crime... with yoyos! The reasons for this are presumably explained somewhere, but the audience of this film is assumed to be familiar with the history. The main star of the film is aparently the actress from the first series, but to fight a particularly villainous megalomaniac high school principal she has to enlist the help of two other Sukeban Dekas and her buddy Marble Girl!

The plot is quite entertaining, with a high school for delinquents on a Japanese island that's secretly training the pupils to be obedient soldiers - vague shades of Battle Royale - and our gang of teenagers basically on a mission to stop them, and kick their asses. The weapon of choice for a Sukeban Deka is a yoyo made out of a super-dense compound so that it deals unfeasible amounts of damage to whatever they swing it at - how cool is that? Cool enough for Quentin Tarantino to rip it off for Go-Go Yubari in Kill Bill, at least ;-)

The film is quite violent, very melodramatic and cheesier than Switzerland - which makes for great fun viewing... in a 1980's sorta way :) Recommended!