Directed by
Worth your time 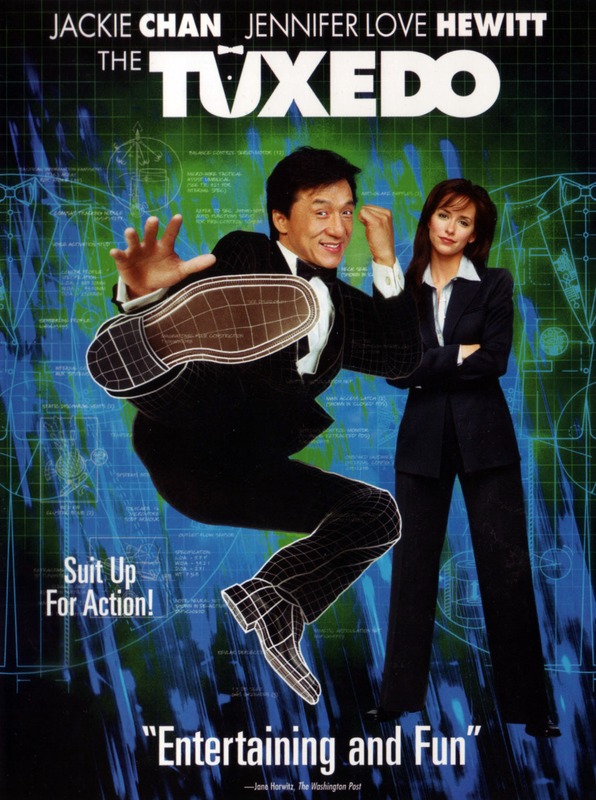 I really enjoyed THE TUXEDO - perhaps it helped that I was expecting the worst after the trailers. Jackie is still struggling with the English language, but other than that I'd say it's the best combination of Jackie + Hollywood so far. It actually feels much more like a Jackie Chan movie to me than the RUSH HOUR films or Shanghai Noon - it seems that finally the studios have enough trust in Jackie to carry a movie on his own. (You'd think after 2 decades of being the biggest star in Asia they'd realise he knows what he's doing).

That said, I have to give credit to the other lead of the movie, Jennifer Love Hewitt. I was fully prepared to want to strangle her after the limited exposure I've had to her before (esp a shampoo advert I remember hating). She was actually great here though, giving a very 'sassy' performance and making the most of her character. She was very funny too.

So basically you get a Jackie Chan movie with Hollywood production values and, surprisingly, a good script. The premise is ludicrous, but the movie is played for fun so that is fine. The script stays light hearted and bounces along at a good pace, not worrying too much about character development or frivolous concerns like that, but adding in some good dialogue and situational comedy.

There's not a lot of action in the movie, and no death defying stunts. There's a little bit of fighting though, and it shows Jackie's master touch. There's a lot of wire usage in the movie, which is quite new for Jackie, but suits the idea that the Tuxedo he wears gives him super-human powers. Jackie's physical performance is so good that I kept thinking "Yeah, that was a cool move but it was just the suit doing it" - then remembered it wasn't really a magic tux, but Jackie pulling off a cool move AND making it look like it wasn't really him doing it, which is even harder. My only complaint is that they sometimes sped up the action a bit, so it was hard to see exactly what Jackie was doing.

There's no 20 minute brawls, no bone-crunching violence - the whole movie is quite benign in fact - but you do get innovative and impressive action that only Jackie Chan could pull off.