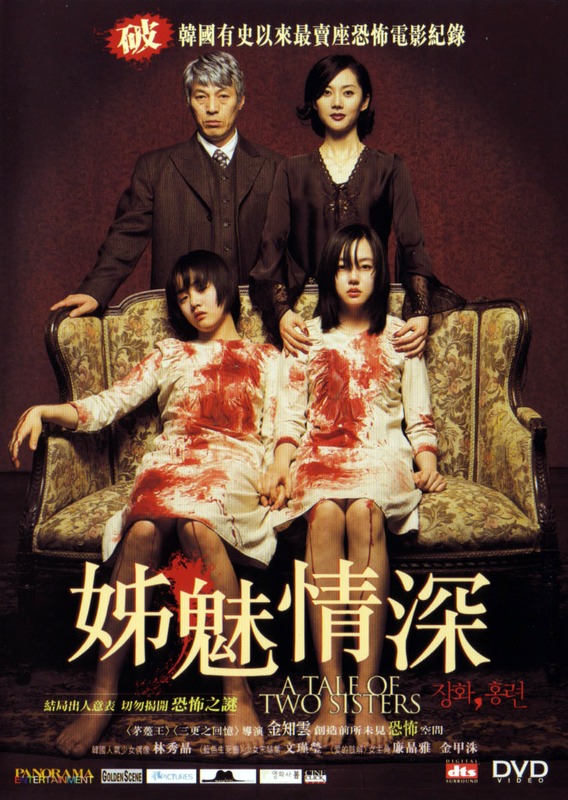 Two sisters return home after an extended illness, into a home now dominated by their new stepmother. That very night strange things begin to happen. The sound of running footsteps in the hall is heard by everyone but the father. Su-yeon's closet rattles and someone opens her door. Frightened, she retreats to her sister's bed where she's assured that Su-mi won't let anything happen to her. But Su-mi is the one most haunted by creeping and hanging ghosts, visions of blood, hands grasping for her and a knocking sound. Days later, as the weirdness escalates, step-mom tells dad "There's something in this house. Ever since the girls came home..."

I still don't understand why people make or watch films that are deliberately intended to make the viewer afraid, paranoid, uncomfortable and generally BAD. What's that all about? I am not afraid to say that A TALE OF TWO SISTERS scared the crap out of me!

BUT, it is a very good film, even as a horror film - very well made in all respects. Confusing, but not in a bad way. I don't think I'll be watching it again to try and piece together more of the puzzle though, 'cause I am just not that keen on coming out of a film and being afraid to turn the lights out!