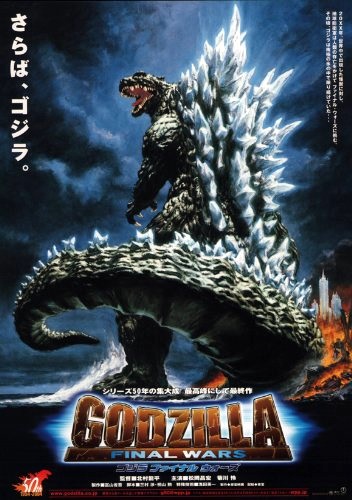 What a pile of (almost) unadulterated steaming rubbish! GFW steals ideas from a zillion other movies (and TV series) and makes a worse job of all of them. The script is hackneyed as they come, the acting terrible (and inconsistent... some characters ham it up, others play it straight, even in the same scene) and most of the special effects are decades out of date.

I'm not a big Godzilla fan, but if I were I'm sure I'd have been even more upset, since the big G gets maybe 20 minutes screen time in the whole film. After a brief appearance at the start, he's gone for well over an hour. The film does definitely start to improve once he arrives, even though he only gets sporadic appearances from then on too. Most of the film deals with the Power Rangers... sorry, the X-Men... no, wait, the cast of the Matrix... well, you get the idea.

I was going to give the film 2/10 for most of it's running time, and that was only because some small entertainment could be derived from how badly written/acted/directed bits were. It did pick up in the last 40 minutes though, and there were moments that were genuinely entertaining (mostly in the monster fights), and some bits of wit that suggested that maybe Ryuhei Kitamura was on set when Versus was filmed after all. The last 40 minutes are probably a 6/10, so I'll split the difference and give the film a 4.