Directed by
Genre
A well made, unique and very enjoyable film 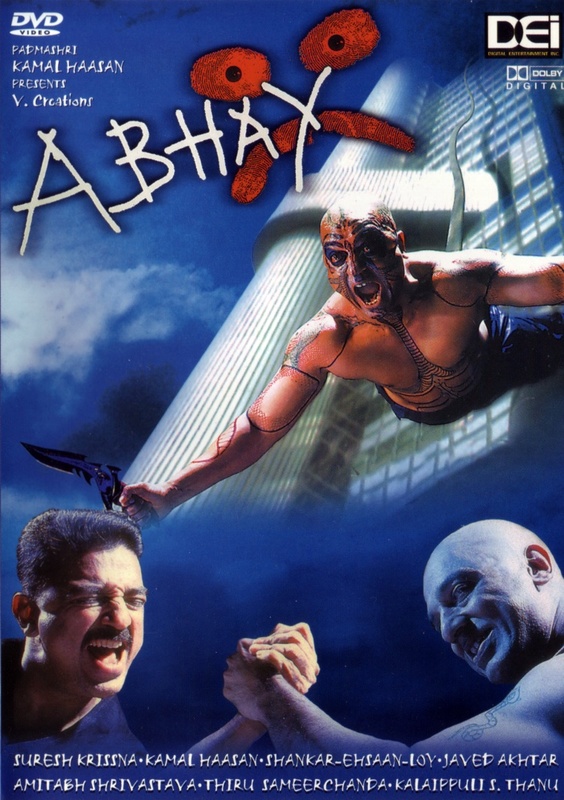 One thing I don't often get from Bollywood films is surprises, but ABHAY is certainly an exception - it's got quite a few of them. It's mostly unlike any Indian film I've seen - though it does inhabit similar territory to the same year's Aks.

Abhay and Vijay are twins, but end up in very different circumstances when they get older. Vijay is a decorated army commando with a beautiful fiancé (Raveena Tandon), whilst Abhay has been in an asylum since he killed his stepmother as a teenager. When Vijay announces his plans to wed his fiance (a decision forced by circumstances that were another surprise), Abhay becomes convinced she has nefarious plans for his brother, and vows to come and save him from "the witch". Given that Abhay is a hulk of a man with a sharp intellect and tendencies towards violence, Vijay doesn't take this promise lightly.

Vijay is a model citizen, Abhay is a model psycho - the two couldn't be more different ... which is one reason it came as a complete shock when I checked IMDB part way through and found that both characters were played by the same actor (Kamal Haasan, who also wrote the script). This is one of the areas in which Abhay surprised me greatly - apart from anything else, Abhay is totally bald whilst Vijay has a natural and fairly full head of hair and moustache, implying that the scenes in which both characters appear must have been filmed weeks if not months apart. Scenes where they actually share the screen are relatively few, but are very well executed.

This was obviously a pet project for Kamal Haasan (his 201st starring role by the way!), and he gives two very different but equally good performances in his dual roles. It's clear that of the two characters Abhay is his favourite though, and he really gets into character. Abhay is a far better developed character than crazed killers tend to be - The big USP for Abhay is the way digital effects and cel animation are utilised to treat the viewer to a journey inside his mind, into the world as he sees it through mental illness and various drugs. These scenes are the source of the film's most intriguing and visually impressive moments, and are very well realised. Similar techniques have been used in other films (e.g. Pink Floyd's THE WALL), but as far as I know they've never been used in an Indian film, and probably never quite like they are in Abhay.

The script for Abhay contains quite a few other surprises, which I will leave you to discover for the most part. It's well written and fairly intelligent, suggesting again that Kamal Haasan put a lot of work and love into the film.

Unfortunately but not unexpectedly things take a downturn in the last half hour, as the story and point are slaughtered in order to end with a couple of big action scenes which are seriously over the top and rather impressive, but quite destroy the vibe the film had managed to build in the previous 140 minutes. Although I enjoyed these scenes, I did wish Abhay had surprised me again and come up with a more cerebral conclusion.

Technically, Abhay is accomplished. There is some beautiful art direction and camerawork, leading to great visuals - especially the more hallucinatory and digitally manipulated ones. The songs are very good, and the choreography is great. The song about Laughter is funny and catchy, and the bizarre cameo song/dance from Manisha Koirala features some fantastic acrobatics from the backing dancers.

Conclusion: a well made, unique and very enjoyable film.