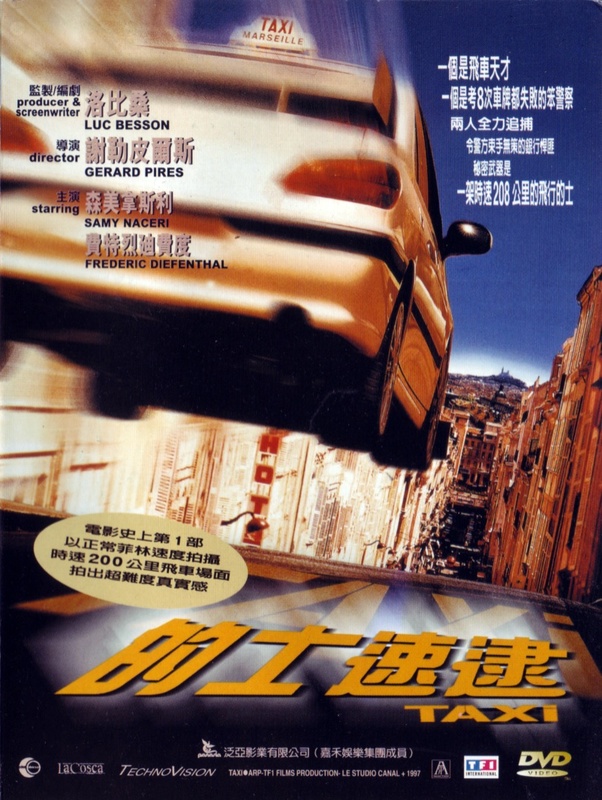 Luc Besson was fairly well known as a director of semi-artistic fair, but with an obvious love of action films and Hong Kong Cinema. It is this love that he seems to like to indulge with his own production company, having produced & co-written a number of fun genre films such as this story about a taxi driver who likes to race, and gets caught up with the cops in a mission to bust some German thieves who also... like to race.

Contains lots of car chases, as you would expect, and very good they are too! Samy Naceri's souped up taxi is a great vehicle, and his delight in abusing the French traffic laws makes for some entertaining rides. The characters are also strong (being a French film, none of them are exactly "heroes"), and the script is generally tight if unambitious. It's all quite tongue-in-cheek, unpretentious and fun... qualities that are no bad thing in a film, in my opinion!

I've never seen the American remake starring Queen Latifah, because the trailer looked quite, quite awful. Apologies if that assessment was incorrect, but I still don't feel particularly compelled to watch it when I have access to the original and its sequels.