Directed by
Genre
It's definitely scary, but why do you want to be scared? 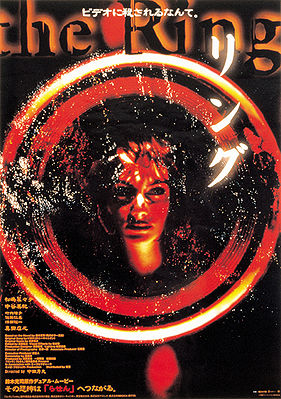 RINGU (or THE RING, if you prefer) received a lot of critical acclaim and attention upon its release in 1997. It won numerous awards at festivals across the world, and caused people to proclaim that Japan had entered a new era of mastery of the horror genre (there is little doubt in my mind that Japan mastered horror in the 50’s and 60’s with films like Masaki Kobayashi’s Kwaidan and Kaneto Shindo’s Kuroneko and ONIBABA). There shortly followed a sequel, a prequel, spin-offs, a TV series, a Korean remake, a US remake and countless imitators. I saw it at a mini-horror festival in the UK, just after it reached those shores.

Why the ring has achieved so much attention is beyond me. The plot is a decidedly woolly affair, beginning with the telling of an urban legend concerning a video tape, which contains a message telling the viewer that they will die within a week of seeing it. However, unlike most urban legends, the details seem very consistent – e.g. the tape always originates from the same place. Other details also check out with the facts, and it starts to look as if the tale may in fact be true.

Needless to say, the main character gets hold of the tape and inexplicably watches it, then has a week to try to work out what it is that causes people to die (their hearts just stop) and save herself. Her efforts to this end are not particularly impressive, and the climax of the film leaves you wondering (as with many Japanese horror films) just what the film makers wanted to say.

The most impressive part of the film is the short section where we see the entity responsible for the deaths... a monstrous creation indeed.

To be fair I am just not a fan of horror films, so the reason that RINGU made such a strong global impression is probably the same reason I wasn't too fond of it - it was arguably the first horror film in years that was actually scary. Most of the scares are created through cinematic technique rather than cerebral engagement, which is something that generally leaves me cold. I know a large proportion of the movie-going public seem to enjoy films which make them scared, but I have never really understood why - life is terrifying enough without adding to the fear, thank you very much. Being left cold is definitely not the same as being left unscared, by the way - RINGU absolutely scared the crap out of me!

I'm arguably the wrong person to review horror films, since I'm apparently not their target audience - I don't tend to review many because I don't tend to watch any, so I guess that works out, but given the huge wave of hype which RINGU generated I felt somewhat compelled to view it. I haven't bothered with the remakes or sequels, though, and have probably only caught a few of the clones/homages by accident. If I am going to watch a horror film I'd rather have one that engages the intellect as much as the adrenaline glands though, something like Shinya Tsukamoto's Gemini for instance.