Burning Of The Imperial Palace (1983) 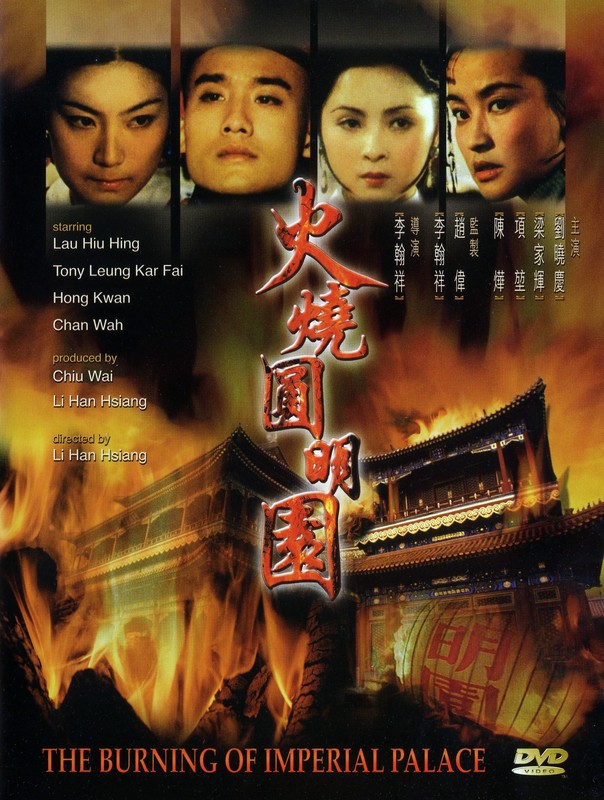 Tells the story of the political movements in the mid-late 19th Century, when Chinese borders were under threat from opium-wielding gwei lo's. The ambitious court concubine Cixi is again shown to wield more influence than the decadent boy emperor. Despite her ruthlessness she comes across better than the evil, cultureless barbians in the film... aka the British... though :-)

The first half of BURNING OF THE IMPERIAL PALACE feels like a nature documentary, with beautiful mainland locations filmed most lusciously. It's all quite idyllic. Then Cixi steps in, the British get mad, and all hell breaks loose - it becomes a war movie. Armys of literally dozens of extras charge across the rag-strewn fields! There are some cool boat battles though.

The film tries to take a more historic approach than some, following the facts with relative integrity. It's almost more documentary than drama, though it is documenting some fairly dramatic moments in history :-)

The battle scenes suffer from their scarcity and the hamminess of the extras, but are quite fun to watch. It occasionally achieves epicness. It is an interesting subject, and well presented.

This was the debut film of Tony Leung Ka-Fai, and despite winning awards it nearly proved disastrous for his career, as he was blacklisted by Taiwanese companies for quite some time for his participation in this mainland production whose political views were not appreciated there. Luckily they seem to have got over it eventually :-)