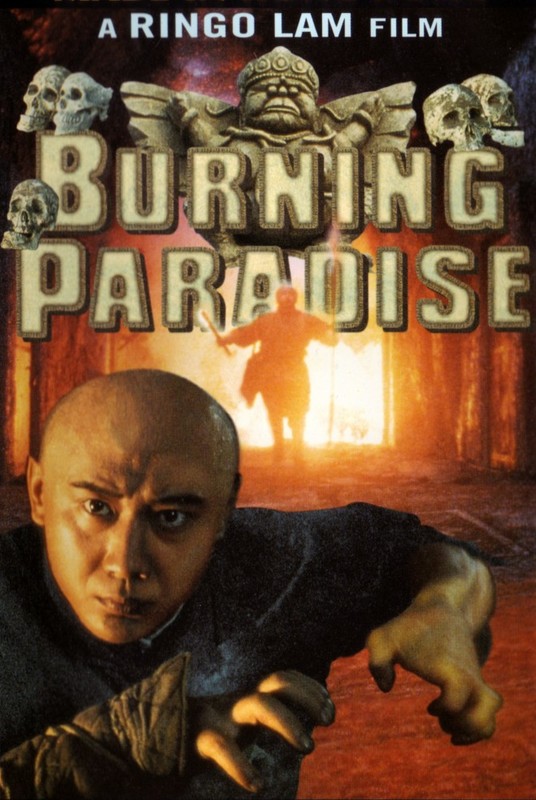 The Manchus are invading, and the Shaolin Temple is burned to the ground. Fleeing from the scene, student Fong Sai Yuk (Willie Chi) and his teacher bump into Carman Lee, then get captured by soldiers. They are taken to the Red Lotus Temple, where an errant general has established an underground lair and indulges in cruelty and power games, whilst descending into madness.

BURNING PARADISE marks Ringo Lam's only venture into period martial arts films, coming near the end of the early 90's wire fu boom. Ringo Lam's films usually have quite a distinctive character, but BURNING PARADISE doesn't feel much like a Ringo Lam film at all, and it is tempting to assume that this was one of those cases where Tsui Hark struggled with boundary issues in his role as producer on the film.

BURNING PARADISE was the first film appearance for Willie Chi, and there were not too many more to follow it. Quite why Hong Kong keeps making these occasional pitches to establish new martial arts stars, giving lead roles and seemingly substantial budgets to unknown actors based on what can hardly have been compelling evidence that they are justified remains a mystery. Willie Chi is handsome enough, but doesn't show much charisma or acting talent, and his martial arts skills don't seem to have been anything too special based on the heavy reliance on stunt doubles for most of his fight scenes.

Carman Lee is also given an 'introducing' tag in the credits, though HKMDB assigns her a couple of earlier appearances. Her career wasn't terribly long-lived either, though she did manage to make a favourable impression on me in several roles (based more on aesthetic considerations than thespian agility, I suppose).

The film features a generally low profile cast, with supporting actor Yeung Sing playing Hung Hei Koon with far more sincerity than Willie Chi brings to his lead role, and Maggie Lam at least offering a shade of Brigitte Lin's villainous charms at times. The bad guys generally fair better than the heroes here, with the film mainly belonging to Wong Kam-Kong, whose maniacal villain is by far the most interesting character, and whose performance actually has some depth and uniqueness. Effective use is made of his talents as a painter, too. 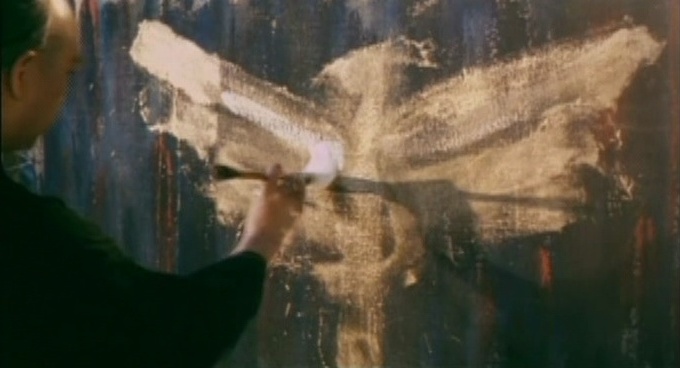 The one thing that does make Ringo Lam's involvement in BURNING PARADISE seem likely to have been genuine is that it has a darker tone than most of its contemporaries, with great production design and a rather gothic/macabre atmosphere - somewhat reminiscent of some of Chor Yuen's films (a closer reference point for BURNING PARADISE than any of Chang Cheh's films featuring the same characters). Comedy is kept to a minimum, though there are a few gags which seem all the more out of place as a result (and I'm betting were inserted by Tsui Hark when Ringo popped to the loo or something).

BURNING PARADISE was amongst the first Hong Kong films I saw, being available on VHS in the UK long before I discovered DVDs (and the joys of importing them). For many years I'd carried around a memory of an excellent film - one of my favourites, in fact. Watching it again some 15 years later I find that actuality and memory are not quite in accord. Whilst there are a few scenes that are genuinely great, I found the overall package to be a bit lacking, and towards the end I found myself clock-watching and hoping that it wouldn't run much over 90 minutes (it doesn't).

When I rewatch a film I used to love and find myself disappointed I can never quite decide how much of the disparity is due to me being young and naive when I first saw it, or being old and jaded now. I have certainly seen a lot more films in the genre since I first saw BURNING PARADISE, so things that once impressed me as fabulously new, creative and unique now find themselves assessed in a much more complete context, in which those qualities are less apparent. As I've become more knowledgable about the technicalities involved, the way in which I parse action scenes (which are a major part of the film) has also changed... I am now far more aware of stunt doubles, camera tricks, and the use of props and prosthetics etc. As a result, I tend to 'read' scenes as a list of edits, angles and techniques rather than as the coherent visual narrative that my less knowledgable self would have perceived. Whilst I may be a wiser person, I can't say that I'm a better person for this, as it has definitely reduced my ability to enjoy the action choreography which used to thrill me in films of this genre. 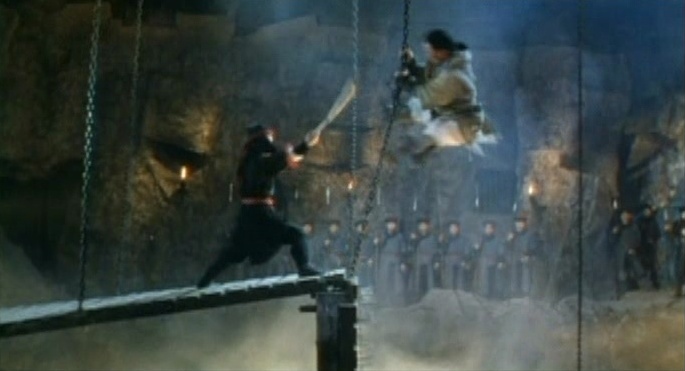 I think this is the largest factor in my failing to enjoy BURNING PARADISE as much as I had expected to - when I first saw it, the fight choreography struck me as wonderfully imaginative and brilliantly executed, but now I am more focussed on the flaws such as the obvious need to double Willie Chi in any moves that are remotely acrobatic. I think this is more a flaw in myself than a flaw in the film though, so I have marked it down less harshly than I was tempted to.

There are still moments in the film that approach greatness, though I found that I was now more drawn in by the set designs, the richness of Wong Kam-Kong's character and the gothic visuals (in which his paintings are an important component) than the wired up fight scenes which so impressed me as a younger viewer. I would probably have rated it as a 9/10 when I first saw it, but found myself hovering nearer a 6 on this repeat viewing. Let's call it a 7 to be fair.

One of the reasons I had not rewatched the film for such a long time is that it was cheated of a DVD release for a very long time. I don't believe it has ever been released in Hong Kong, and it was only in 2010 that it got its first official (?) DVD release, in the United States from Discotek Media. That's not the version I watched though - I dusted off the VHS :-)