Women on the Verge of a Nervous Breakdown (1988)

Directed by
Virgins are awful... THE END 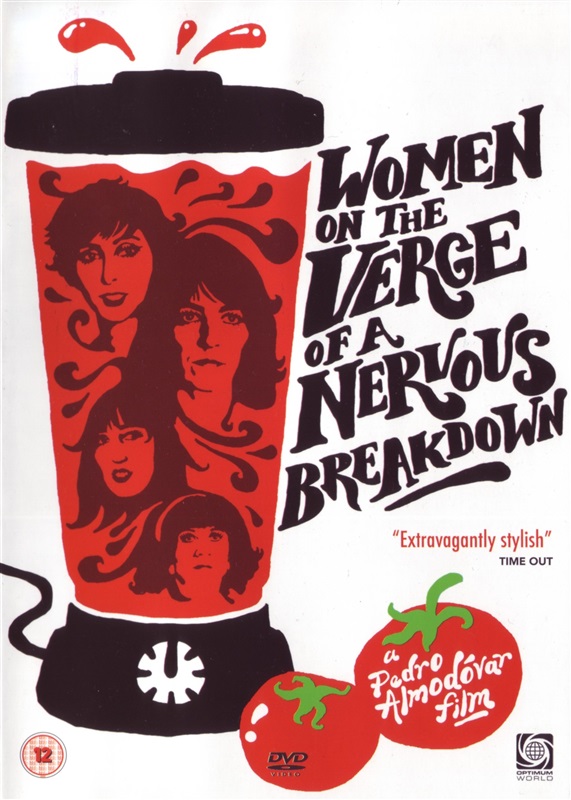 In WOMEN ON THE VERGE OF A NERVOUS BREAKDOWN, Carmen Maura excels as the neurotic Pepa, unable to move on from Lothario Iván after he leaves her for another woman, as her penthouse apartment gradually accumulates visitors with their own problems and demands on her attention.

The film is vibrant and colourful, and ultimately proves to be a joyful celebration of independence and female emancipation. The plot is driven by a series of unlikely coincidences straight out of daytime soap operas, playful artifices that invite the audience to share in the joke. Almodóvar lets us know what to expect from the film with an introduction where Iván and Pepa are shown recording their lines for Spanish dubs of some classic films, cleverly allowing the characters to introduce the archetypes they will be paying homage to.

I've written elsewhere that Almodóvar's What Have I Done To Deserve This? was possibly the first film I ever really liked, and I had high hopes for WOMEN ON THE VERGE when I first saw it, as it was his most famous and acclaimed film at the time. I couldn't help feeling a little disappointed, as it is much less anarchic and transgressive, it seemed rather like a watered down version of the earlier film.

Finally revisiting it twenty something years later I still think that's somewhat true but I do understand why it was popular as well - it's certainly more accessible but still quirky and inventive, and its director handles his characters and situations deftly. Despite the predicament of its characters (as alluded to in the title) it is a feel good film that celebrates women's resilience.

It has perhaps been eclipsed now by later Almodóvar films like ALL ABOUT MY MOTHER and VOLVER that really established him as one of the great directors, but WOMEN ON THE VERGE OF A NERVOUS BREAKDOWN was certainly an important step in his development, balancing his sardonic wit with growing commercial sensibilities.

Definitely a film that anybody who considers themselves a cineaste should have seen.