Directed by
Genre
Easy to watch but pretty dumb 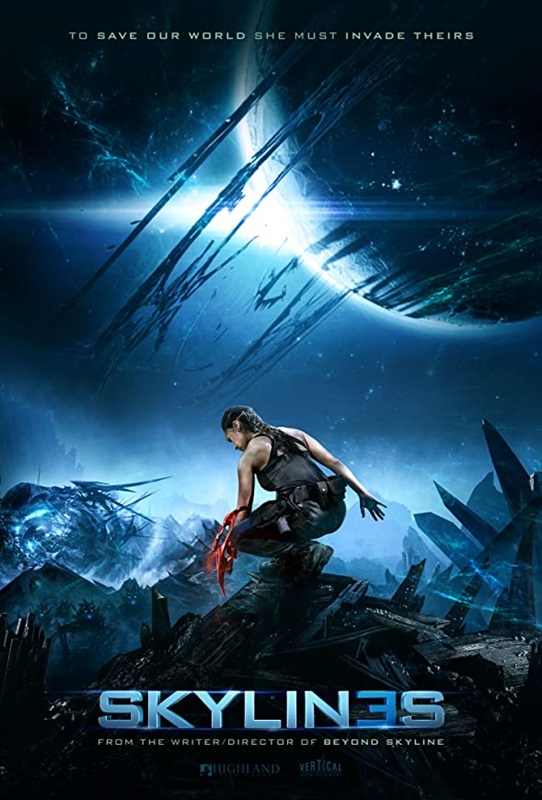 Aliens invade earth and begin harvesting humans for their brains, which somehow power the invasion force. A child is born infected with alien tech and grows up (freakishly fast) with the power to interface with the aliens' ships. Thanks to her the battle for earth is won, but a resurgent threat compels a small group to embark on a mission aboard a captured ship to fetch a piece of technology from the alien homeworld that might end the conflict for good.

That's basically the whole trilogy in a nutshell, all of which I've watched in the past 24 hours. I had seen the first film before and liked it a lot more than most did apparently - it had some very cool monster designs and impressive special effects for a low budget indie film.

The second film impressed me less, trading the tension and sense of mystery that characterised the original for bombast and action. The special effects were of a noticeably lower quality, but perhaps to compensate it was a lot more action packed. Unfortunately the action isn't particularly good, despite the presence of Iko Uwais and Yayan Ruhian, since it's poorly filmed with shaky cam and not well edited.

The third film is closer in tone to the second but it ups the ante with more ambitious scenarios and environments. Most of its ideas are lifted from other films, most obviously ALIENS, but its lack of pretension and earnest excitement lets it get away with it.

The action is plentiful and generally better executed than the previous film despite being Iko-free (Yayan Ruhian is present, the only cast member to return from BEYOND SKYLINE in fact, somewhat unexpectedly given the condition he was in when last seen in that film). Lindsey Morgan throws herself into the action with a suitable level of commitment, but Daniel Bernhardt is clearly more physically gifted. Cha-Lee Yoon hides his ability for most of the film but when he does let it out he's really quite skilled, I hope he gets more chances to show that off in future.

Of the three films SKYLIN3S is definitely the most entertaining, but I have the most respect for SKYLINE - yeah, apparently that's uncool but so what. None of them are essential viewing, but neither do any feel like watching them was a waste of time.