Intimate Confessions of a Chinese Courtesan (1972) 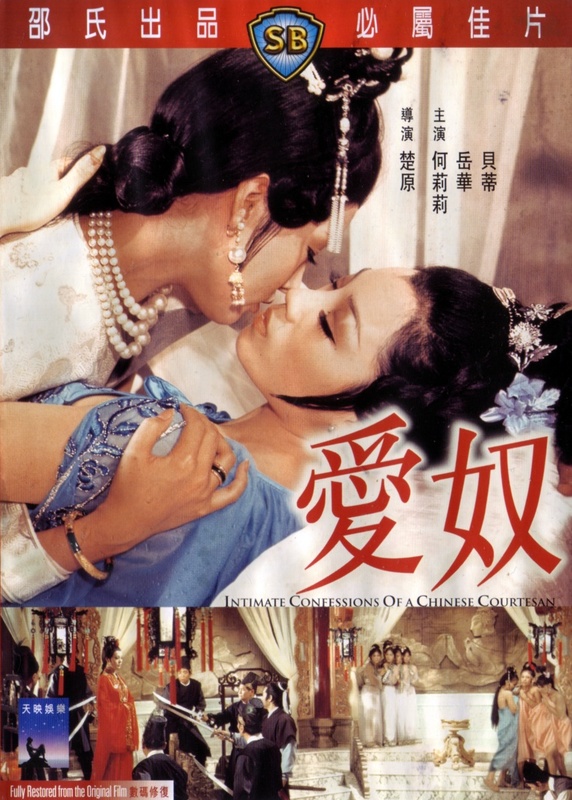 Chor Yuen's INTIMATE CONFESSIONS OF A CHINESE COURTESAN is a snowbound wu xia revenge story in the vein of LADY SNOWBLOOD but made a year earlier - though the influence of Japanese cinema is evident in the visual style and penchant for nudity and nastiness.

The INTIMATE CONFESSIONS title makes it sound like it might be a bawdy comedy in the style of the Carry On films, or just a cheap excuse to fill the screen with naked flesh, but nothing could be further from the truth. Although the lesbian relationship between the two leads may have been considered titillating or shocking at the time, the film is a smart and suspenseful revenge story that has a heart of darkness. What sleaze the film does serve up is quickly shot down with a bolt of righteous fury.

Betty Pei Ti is nominally the film's villain, but nobody ever filmed their bad guys as lovingly or longingly as Chor Yuen shoots Lady Chun. In perfect makeup and an endless parade of opulent costumes, she combines stunning beauty, chilling cruelty and vulnerable romanticism into an utterly fascinating character, and shamelessly steals the film no matter how hard Lily Ho's Ainu tries to emulate her.

That's not to knock Lily Ho's performance, she is only a step behind in her portrayal of Ainu (lit. "Love slave" - "A good name", as Lady Chun remarks) and the relationship between the two women is complex.

I wanted to use hate for vengeance
But I failed
Hit on a better plan instead
thinking, no one else would've used it
I used love to take my revenge

Besides being a compelling and original story, the film is exceptionally well made. The costumes and sets are opulent even by Chor Yuen's standards, and the cinematography is mesmerising, making use of some striking framing and mise en scène to give the film a very stylish appearance. Apparently cinematographer John Chu Ka-Yan only made a handful of films in that role, which seems a shame as he definitely had a talent for it.

The film also delivers some strong action sequences, courtesy of the always reliable and underrated Hsu Erh-Niu. The two leading ladies aren't martial artists and could hardly be expected to be agile in those elaborate costumes, but they move impressively gracefully and serve up some righteous carnage in the course of the film.

There's something here for just about everyone, and although the film does falter in a few spots it delivers so much in a mere 90 minutes that it should rightly be considered amongst the greats of the Shaw Brothers films - and certainly amongst Chor Yuen's best work.