It is the turn of the 20th Century, and China is in turmoil. Centuries of mperial rule are crumbling under the corrupt reign of the Empress Dowager and encroaching foreign powers. Three kung fu masters meet in a desert inn after a battle between government and rebel forces and become friends, travelling on to the capital together. One sets up a school to teach martial arts, the other gains the ear of the emperor and tries to encourage political reform, whilst the third enters the service of a conservative warlord and is placed in charge of his army. Their lives and loyalties are pulled in different directions by politics, ambitions and ideals until their friendship is placed under serious strain.

This is definitely a film from the post Once Upon A Time In China world, and shares much in common with many other films from that period, but it does manage to feel quite unique. It is essentially a remake of Chang Cheh's Iron Bodyguard, with a bit of Blood Brothers mixed in (which was remade again as The Warlords in 2007 - and why not, since it's such a good story?). The poetic, philosophical dialogue and the luscious soundtrack give the film a nice epic feel, and the cinematography is very colourful and evocative. 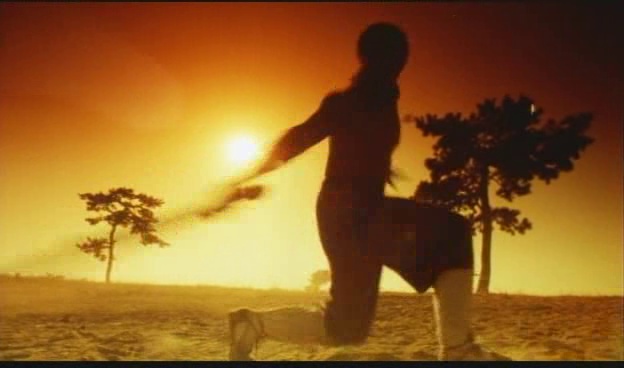 Unfortunately much of the poetry in the dialogue is lost in translation to subtitled English - my Cantonese is minimal, so I can only deduce that it is poetic, not whether it is any good!

Action scenes are plentiful and especially interesting, as they blend the old and new styles of martial arts choreography quite effectively. There are moments when the wirework and speed up are simply too much, but there's also some creative and effective uses of the 90's wuxia techniques... and then there are also quite a few scenes of more 'genuine' old-school martial arts too (though still with too much speed up). The cast contains a number of genuinely talented martial artists, and this clearly helps with being able to realise more elaborate and impressive sequences than would be the case if Sammo had to rely more on stuntmen.

The cast in the movie are all very good, with Yeung Fan being the stand out as the former Black Flag army member with the big sword - according to HKMDB this was his only movie? A terrible shame if so, as he has great martial arts skills and charisma, and acts well. These aren't skills people generally discover that they have by accident, so I have to assume he had ambitions as a martial arts actor - and the skill to realise them - in which case it seems odd he wouldn't be a regular feature in martial arts films? Perhaps he has had more of a career in the mainland or something? It helps that he's a dead ringer for Yueh Hua at times, too... reminded me I haven't watched a Yueh Hua film in far too long! 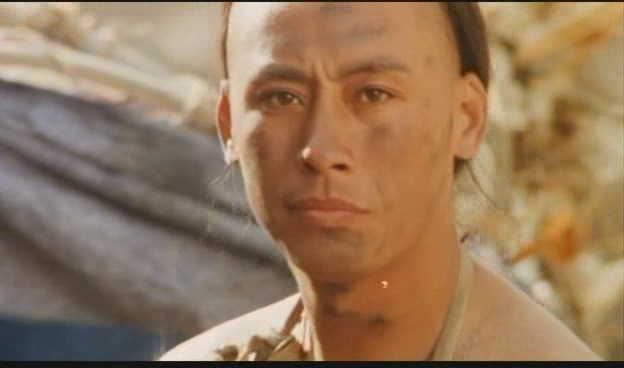 It's a rare film that is made worse by having Sammo Hung in front of the camera - in fact this may be the only example I can think of. He only has a brief cameo/guest spot, but his fight scene is the worst offender for gratuitous speed up, plus he seems to have decided to embue his character with personality by acting very oddly, with very exaggerated facial expressions. We can forgive him, due to the excellent work he performed behind the camera as director and action choreographer though!

The movie features a well above average number of decapitations and de-limbings, which may bother some people, but none of it looks realistic enough to really disturb. There are 2 scenes in which very real horses get very really treated quite terribly though, which is more likely to be of concern. HK Animal Welfare rules are a lot less strict than in the West!

Overall, it's certainly not a film without flaws, and you perhaps have to go in willing to be kind to appreciate it fully. If you give it a fair chance, however, I think it yields one of the best genre movies from the period.

Unfortunately, it's another great film that has been denied a decent DVD release - I believe there is a French disc from HK Video (which is doubtless of their usual excellent quality, and equally doubtless lacking in English subtitles), but other than an obscure and long out of print disc from Thakral/China Star, I don't think it's ever had another legitimate release. It makes it so much more annoying when complete crap gets released on DVD everywhere in the world when you know that it's at the expense of great films like BLADE OF FURY!