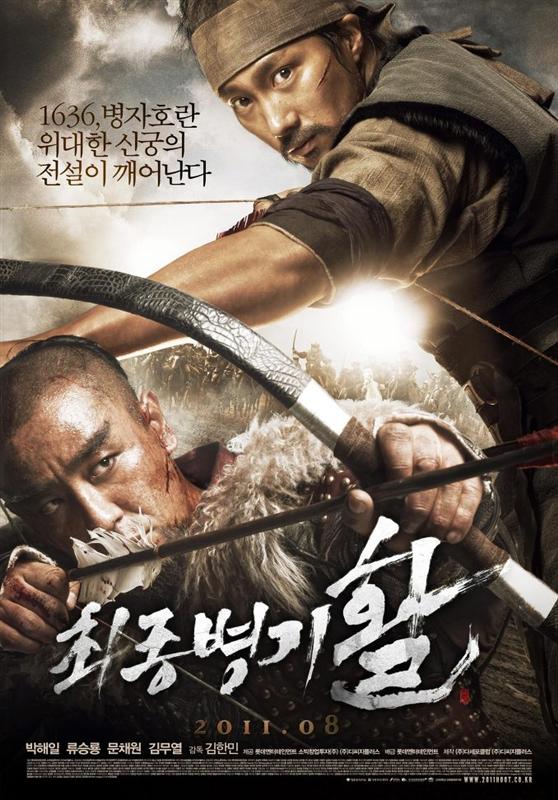 In the 17th century, Nam Yi and Ja-In are the children of a Joseon Dynasty official who is killed by the king's men after being branded a traitor. They seek refuge with a friend of their father, where they grow up to be a highly skilled bowman and a beautiful young woman, respectively.

Their protector's son wishes to marry Ja-In, but their wedding ceremony is interrupted when invaders from Manchurian China arrive, killing many and taking the rest prisoner. Only Nam Yi escapes, thanks to some nifty bow work, and he follows the invaders with the intention of freeing his sister. The head of the invading army recognises Nam Yi's skill with a bow, and realises that he must be killed if his prince is to return to China safely and with his prisoners. As events progress, the conflict between the two men becomes more personal.

WAR OF THE ARROWS recalls the ultimate Korean period epic, Musa, to some degree, though it is set on a smaller scale and tells a more personal story. Production values are not quite as high as in MUSA, and the cinematography is not quite as achingly beautiful, but it is still a very nice looking and well-made film.

The script is well written, with the characters on both sides being well developed and realised. Nam Yi and his nemesis both come across as honourable but determined men, whose conflicting loyalties mean that they cannot allow the other to live.

Action scenes mainly revolve around the use of bows and arrows, and a lot of effort has clearly been put into making them look quite convincing but also (and more importantly) incredibly cool. We learn from the film that an arrow through the neck is the preferred means of dispatching an opponent when you are armed with a bow.

Director Kim Han-Min has produced a solid, well-crafted period action film which doesn't set its ambitions too high, but certainly delivers on what it sets out to achieve. He should probably resist the urge to include any CGI tigers in future films, but apart from that it is well worth a watch if period action films are your cup of tea (and a quick glance at this site is probably enough to show that they are certainly mine!).