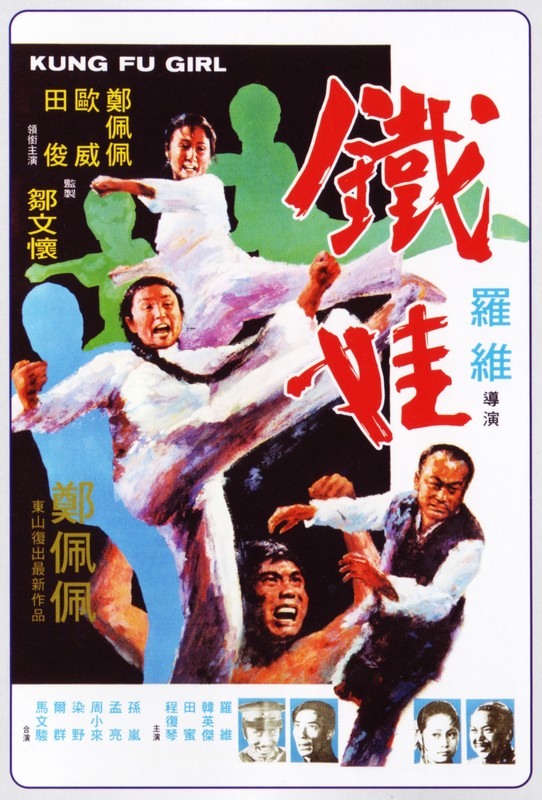 Cheng Pei-Pei heads to Peking to pretend to be the sister of the chief of police, because he has information which the patriotic revolutionaries need. His real sister grew up with Pei-Pei, and he has not seen her for 18 years and doesn't know that she is in fact dead - so Pei Pei is well-placed to take her place. Upon arrival she assumes the role of pretend sister, whilst also trying to keep her double identity as a revolutionary secret.

Lo Wei would keep trying to recapture the success of Fist Of Fury for many years after Bruce Lee's death, and produced any number of similar films based around Chinese patriots kicking the crap out of Japanese occupying forces, such as this one. The story of NONE BUT THE BRAVE (also known as KUNG FU GIRL) manages to be quite different though, whilst sticking to broadly similar themes. It's a fairly strong script, and in more talented hands it could have produced a great film like Sons Of Good Earth. Unfortunately Lo Wei's only tangible talent as a director was to associate with much more talented people like Bruce Lee and (as is the case here) Cheng Pei-Pei.

Lo Wei imparts no discernable style to the film as director, seemingly having no deeper insight into his job than that he should basically tell the camera man to point the camera at the cast, and the cast to speak their lines (or start hitting each other). Whilst King Hu would doubtless have agonised over camera placement and movement along with lighting and the motion of his actors, to ensure that the right emotions were evoked for each scene, Lo Wei seems content as long as the viewer can see what's happening.

Of course you can never really make a bad film with Cheng Pei-Pei as your lead, as it's always a pleasure to watch her. She gets a lot of fight scenes in this film, and kicks a lot of ass. Unfortunately Han Ying-Chieh's choreography is not very imaginative, apart from a few moments and moves, so they get a bit dull after a while too.

If you're a fan of this style and era of film NONE BUT THE BRAVE is watchable enough, but it certainly won't be the film to convert you if you're not.