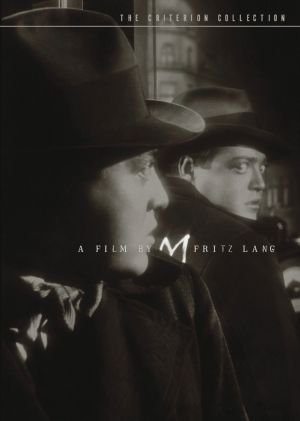 Just you wait, it won't be long.
The man in black will soon be here.
With his cleaver's blade so true.
He'll make mincemeat out of YOU!

A serial killer is preying on the children of a German city, with 8 young victims in as many months. The public are becoming increasingly terrified and paranoid, the politicians frustrated with the lack of progress, the police exhausted after following every bad lead and tip off that comes their way. They conduct nightly raids on all the criminal haunts in the city looking for clues, which is leading to frustration of the crime syndicates whose business they are disrupting. The criminals are frustrated that this child killer, "not even a proper crook", is being lumped in with them, and resolve to try and track him down themselves - recruiting the beggars as their observers and spies.

Meanwhile, the killer has made it clear he is not ready to stop yet, and begins to look for his next victim.

It is the beggars who identify him first, marking his coat with the letter 'M' and then notifying the criminal gangs of his whereabouts. They finally apprehend him, but rather than turn him over to the police, they hold their own kangaroo court to bring him to justice. Their leader decides he should have the right to a defense, however hopeless it will be - and only one man has the courage to actually stand up and try to defend a monster.

The killer argues that he is unable to resist the urge to kill... that it is a sickness he is afflicted with, and that he is in his own personal hell already having to live with it.

His "lawyer" asks whether a court whose unparalleled knowledge of the law is by their own admission learnt from a life on the wrong side of it is qualified to pass judgment on a man who has no choice but to commit these atrocious acts. If a man is sick, is society's duty not to send him to the doctor rather than the gallows? 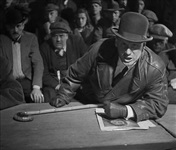 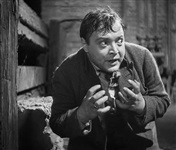 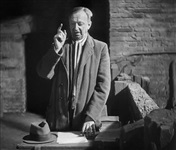 In Fritz Lang's Germany of 1931, every group in society looks down on every other group... but the one thing they can all agree on is that a child murderer is the lowest of the low. The fact that 'M' gives such a character a chance to state his defense is still shocking now. Park Chan-Wook may have shocked by giving an irredeemable shitbag a voice in Sympathy For Lady Vengeance, but one of the first voices ever heard in German cinemas was that of Peter Lorre's killer challenging his audience to understand him.

Paedophilia is the last great taboo of our society... in an age when nothing is sacrosanct and cinema has shattered pretty much every boundary it was ever set, child abuse is the one topic nobody would ever dream of making light of. Perhaps things were different in the 1930's than they are today, when the standard response to any mention of paedophilia is "they should be strung up by their balls", and any suggestion that it might be more productive to try to understand the problem and thereby maybe even prevent it is probably the fastest way to find yourself excluded from polite (or even impolite) society. I suspect that even in a Germany where the nazi party was on the rise this was still a challenging and controversial message, though.

What's also shocking about 'M' is just how good it is. It's the sort of film that makes me want to knock a point off the scores for every other movie on the site because 'M' is a reminder of how much better they could probably have been. Fritz Lang is without doubt one of cinema's finest talents, one of those rare individuals such as Alfred Hitchcock and Akira Kurosawa who just seem to have been born with cinema in their blood. His use of the medium was always assured, and he was one of the great innovators of cinematic technique. Whilst he will probably always be remembered primarily for METROPOLIS, I think that 'M' is probably his masterpiece (though it shames me to say I have never seen any of the Dr. Mabuse films). Lang also apparently rated 'M' as his best work.

The depiction of German society in 'M' is fascinating... the frank presentation of the criminal underworld and their organisations and businesses is particularly interesting. Whilst the police are knocked by the politicians for failing to solve the crime, the exploration of the efforts they go to is also fascinating - it makes Sherlock Holmes' techniques look quite silly when you consider the actual difficulties involved and the procedures they follow in an effort to solve a crime whose victims are inherently unconnected and whose perpetrator is not a member of the usual criminal fraternity. 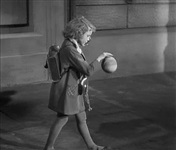 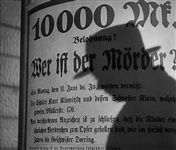 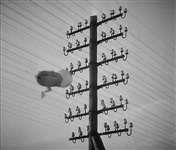 Fritz Lang's cinematography is consistently excellent, with some truly inspired shots at times. Although it was Lang's first film with recorded sound, he is wise enough not to overuse the new tool by indulging in excessive exposition - many plot points and ideas are still conveyed by imagery and simple suggestion... perhaps even more so than was true in many silent films. The attentive viewer learns a lot more about the characters and their society from some simple but masterfully chosen images, such as a balloon caught in some wires letting us know the fate of the child who was last seen holding it.

I can't quite decide if Peter Lorre's performance is incredibly good, or incredibly bad, though I lean towards the former... it is certainly unforgettable. With eyeballs at least two sizes too large for his head he does have a certain natural suitability for exposing the tortured, twisted soul of a murderer. If Gollum can be nominated for a 'best actor' award for 'my precious', certainly Peter Lorre deserves one for 'M'.

Still as powerful and impressive today as I can only assume it was in 1930, 'M' quite rightly stands at #53 in IMDB's Top 250 at the time of writing. I would rank it somewhat higher, to be honest, but it is nice to see that it is recognised for the classic it undoubtedly is.