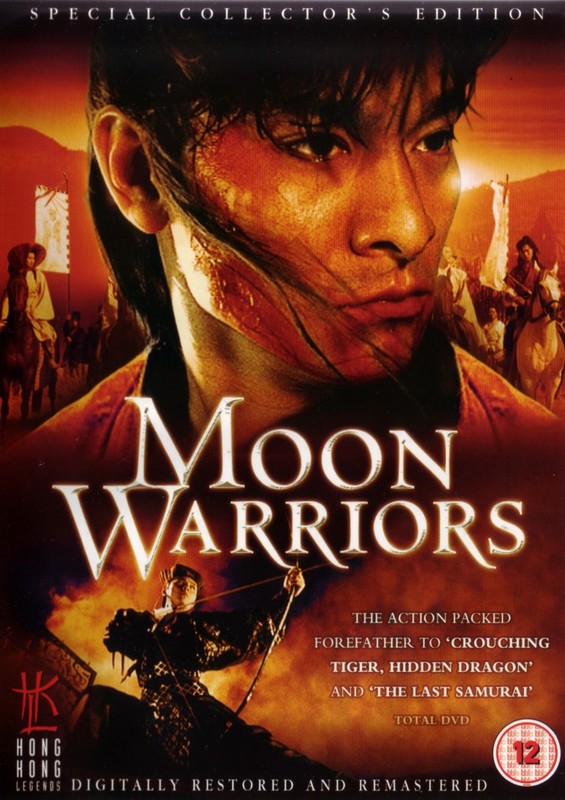 The Royal Prince (Kenny Bee) is usurped by his younger brother and has to flee for his life. A chance encounter in the forest with a good-natured fisherman (Andy Lau) wins him a new friend, whom he entrusts with a mission to warn his cousin of impending danger and bring her to safety. The cousin (Anita Mui) turns out to be a spoilt, petulant brat and the two of them do not get along at all well, but in the course of their journey they become close - which is a bit of a problem since she is promised in marriage to the prince.

MOON WARRIORS was amongst the first Hong Kong films I saw... as soon as I saw the trailer I knew I would be buying it soon, as the luscious visuals and fantastical wirework sequences were exactly what I was falling in love with in Hong Kong cinema. MOON WARRIORS certainly did not disappoint on the visuals or the wirework, and quickly became one of my favourite and most highly recommended films.

15 years later, I am surprised to discover that I don't enjoy it half as much as I once did. It's still very pretty, but the action scenes that once dazzled me with their ingenuity and sheer "cool" factor now come across as rather slapdash, cheap and unconvincing. Andy Lau is in good shape and does most of his own fights and stunts, but this does make it clear that he only just knows which end of a sword to wave at people - he leaps and somersaults about convincingly though. Where once the fight between Anita Mui and Maggie Cheung was amongst my favourite fight scenes, now the obvious maleness of their stunt doubles is just too distracting, and the finger flicking trick no longer strikes me as the coolest thing I've ever seen. 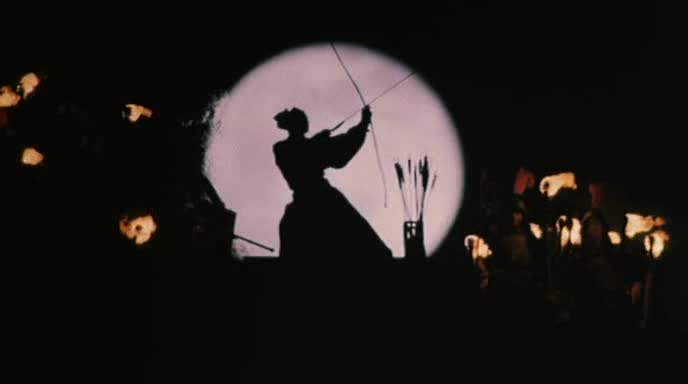 In some ways MOON WARRIORS does feel like a children's film... decapitations and blood sprays aside (and entirely acceptable fodder for kids in Hong Kong anyway, as I understand it). The presence of a real, live killer whale undoubtedly contributes to the kids show vibe, and Andy Lau's cheerful, happy-go-lucky character feels like he belongs on afternoon TV... at the start of the film, anyway. As the film progresses it does take a darker twist, as the doomed love triangle becomes the central focus - but then the whale comes back!

The film does still hold up to my memories when it comes to the production design, and it is a generally very nice looking film - especially the scenes with Maggie Cheung, who has rarely looked more gorgeous. Just being pretty isn't enough to hold my interest anymore though, now that I've seen so many other equally pretty films that are more satisfying, and even at barely 85 minutes long I was quite ready for the film to end when it did. I believe it was quite a troubled production, with Sammo Hung stepping in at the last minute to rescue the project when the original director proved to be not up to the task - which I guess would explain some of its flaws.

Sadly, MOON WARRIORS did not turn out to be one of those films that holds up to my cherished memories of it.