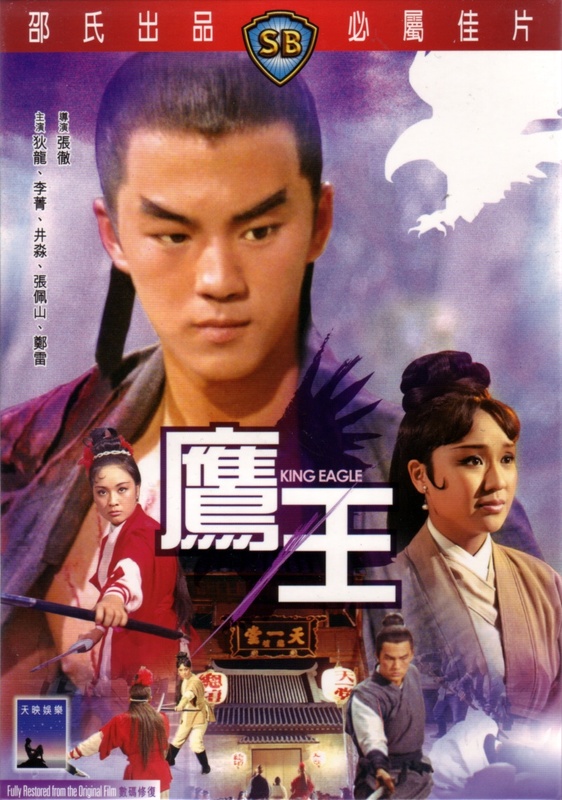 There is trouble brewing in the Tien Yi Tong clan. The ambitious First Chief Hung Sing Tien wants a promotion, and conspires to murder the current Headman. With his dying breath, the headman tells the clan's 6th Chief to go and warn the other chiefs of his treachery, but to be careful because he may have allies. 6th Chief is ambushed before he gets very far, and with his own dying breath he passes on the message to a wandering swordsman, pleading with him to see that it gets delivered. That swordsman is King Eagle Jin Fei, however, and he has a firm policy of not getting involved in other people's business. The first chief and his allies are hardly willing to trust him to keep a secret, though, and attempt to ambush him in his own home.

Jin Fei is rescued from an almost successful ambush by yet another of the Tien Yi Tong clan's chiefs, 7th Chief Yuk Lin. Despite desperately not wanting to get involved, Jin Fei warns her that her that the headman's death was part of a conspiracy, and that her own younger sister - 8th Chief of the clan - is involved. He pleads with her to stay away from the clan herself, but her sense of righteousness and a conviction that her younger sister could never wish her harm compel her to investigate for herself. Jin Fei reluctantly decides that the clan's affairs might just be his business after all.

Chang Cheh's 1971 wu xia pian was one of the first films where Ti Lung didn't have to share lead duties with David Chiang, instead taking on the kind of role that you'd normally expect to find Jimmy Wang Yu or Yueh Hua in. Here, he plays opposite Li Ching in dual roles as the two very different sisters. The younger sister is ambitious, vain, spiteful and treacherous whilst the elder is a paragon of virtue and chivalry, and Li Ching brings these polar personalities to life with equal ease. Some nice split screen work allows her to be both at the same time in some shots.

The story is fairly typical of the genre and era, where treachery and ambition in the martial arts world routinely drew stoic and aloof heroes into conflicts they would rather have avoided, and the fact that every character bumps into every other character the plot requires them to just when it is appropriate to do so is easily explained by the fact that the entire population of China seems to consist of a few dozen martial arts heroes (and villains) plus an infinite number of identically dressed henchmen, whose only purpose in life is to squeeze the little bags of blood they've been carrying around with them over themselves when one of the heroes waves a sword at them.

In other words it's all nice familiar territory, the sort of film Shaw Brothers was producing by the bucket load in the early 1970's. There's little that obviously distinguishes this film from others by Lo Wei, Yueh Feng or Shen Chiang, for instance. It is generally well crafted though, with a nice sense of melodrama, suitably lush visuals and plenty of action. Chang Cheh's influence is seen in the copious amounts of red paint the extras get coated with as they are cut down (though by this point everybody was doing it, really), and perhaps in some of the interesting and unusual weapons that a couple of the villains utilise. Fight choreography is credited to Tang Chia and Yuen Cheung-Yan, and it's up to the standards of the era - not exceptional but perfectly satisfactory.

There's nothing that's quite distinctive enough to elevate the film to the ranks of the classics of the genre, but it's a perfectly fine example of it, sure to appeal to genre fans.