Directed by
7/10 - Good Karate showcase disguised as a film 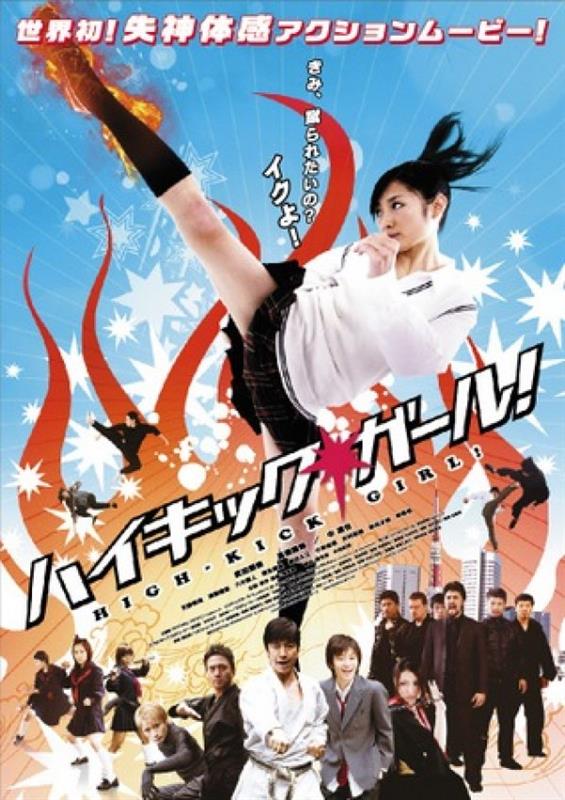 Kei Tsuchiya is a 17 year old Karate student who is frustrated at only having a brown belt despite being, as far as she can tell, quite capable of kicking the ass of plenty of black belts. She goes around looking for fights to prove her skills, acquiring the nickname of "Black Belt Hunter". Her desire to prove her ability brings her into contact with The Destroyers, a group of Karate villains for hire. Unfortunately, it turns out that The Destroyers had a run in with Kei's Karate teacher 15 years ago, and have been looking for him ever since to 'have a word with him'.

We still have to thank Ong Bak for reopening the world of cinema to genuine martial artists and unpretentious action film narratives, and HIGH KICK GIRL is part of the wave of films riding ONG BAK's coat tails, though it's a bit of a stretch to call it a film since it's clearly more a case of a group of martial artists getting hold of a video camera and deciding to film a showcase of their discipline. Pretty much everybody in the film appears to have genuine martial arts credentials, including the young Karate Champion and putative star of the film Rena Takeda. For most of the running time it's basically a series of fighters facing off and kicking each other. Rena is a decent fighter, even though she looks far too slight to really be inflicting the damage on her opponents we are supposed to believe. She is rather upstaged by Tatsuya Naka, playing her teacher, who kicks some serious ass when he finally condescends to fight his opponents.

You can tell that ONG BAK was an influence because HIGH KICK GIRL shares its overuse of the 'Van-Damme Double Take'... we get to see most of the fight scenes once, then again from another angle and in slow motion. Once or twice would have been OK, for some of the more impressive moves, but it is used over and over again here. I suppose they had to pad out the running time somehow, because there's precious little plot to stretch it into the realms of feature length (just).

HIGH KICK GIRL doesn't have anything like ONG BAK's budget or production values - it is clearly an indie film, feeling like a student production - so why has it garnered so much international attention, you might be led to wonder? Simply because it's probably the best showcase of Karate technique that's been put on film to date. Japan always lagged behind Hong Kong in martial arts film-making, and apart from Sonny Chiba even the genuinely talented martial artists from Japan mostly had to go to Hong Kong to get an effective showcase of their abilities. HIGH KICK GIRL certainly isn't going to get the sort of mainstream attention that ONG BAK or The Raid: Redemption managed to achieve, but it contains enough demonstrable physical prowess to be assured of a niche market, at least.