Directed by
Genre
A fine continuation of the story 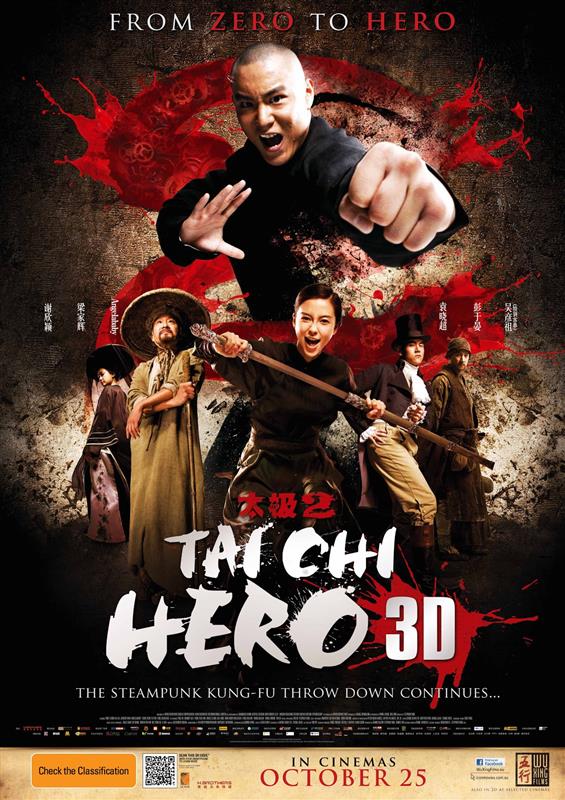 Well, audiences didn't have to wait long for a sequel to Tai Chi Zero... TAI CHI HERO was in cinemas a mere month later, and continues the story right where TC0 left off. If you've seen the first part, you'll have a fair idea what to expect from the second part, and that's pretty much what it delivers. As a result I won't bother with a plot summary, so this review should be pretty much spoiler-free for TC0.

TAI CHI HERO is perhaps played more straight than TAI CHI ZERO, with less stylistic experimentation (or inconsistency, depending on your perspective) - no animation, much less CGI and only one brief dip into a video game influenced fight scene. There's less comedy, with more of a focus on the story, which gets well into gear. Action is fairly plentiful this time around, and probably of a higher calibre since star Jayden Yuan is now becoming a master of the Chen style of kung fu which he was endeavouring to learn in the first film.

There's a few new faces in the film that didn't appear in the first part, including a very welcome role for Yuen Biao. Tony Leung Ka-Fai excels again, and AngelaBaby is no less attractive or capable. Jayden Yuan seems to have found his feet a bit more and is more memorable, which is generally a good thing in a lead actor.

The pair of films TAI CHI ZERO to TAI CHI HERO give a good arc to the storyline, and things are certainly tied up more at the end of part 2 than they are in part 0... but still not exactly signed, sealed and delivered. There's definitely room for a part 3, though unlike ZERO there is no explicit promise of one here... presumably they wanted to see how well the first pair did before committing to more of them! I'm assuming they did well enough, and should continue to pick up cash on the international circuit if they're given a chance to do so, so I'm hoping there will be more to come yet. What will they call the next one though?