Directed by
Genre
Cheap and Cheesy 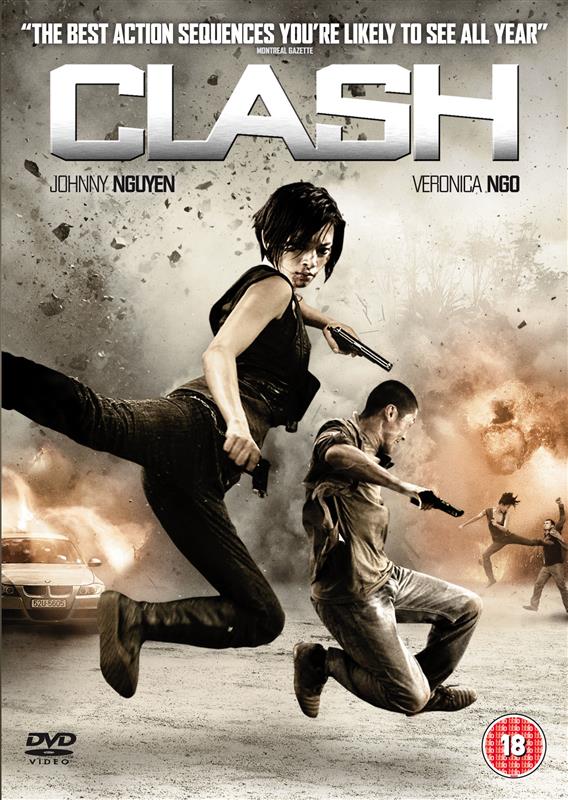 A group of mercenaries are recruited for a job, recovering a laptop from some French criminal types. The job goes awry, and the group are betrayed. Two of them form a sort of alliance to try and recover the laptop, but they each have their own agendas, which may not be entirely compatible.

I'd been looking forward to some more Vietnamese action since I saw the rather wonderful The Rebel, and especially some Vietnamese action starring the very talented Johnny Nguyen. Unfortunately, CLASH is a pale shadow of THE REBEL - whereas the latter combined some extremely well filmed fight scenes with a well written story and high production values, CLASH is clearly a low budget production with a so-so storyline (and a terrible soundtrack).

Main leads Johnny Tri Nguyen and Veronica Ngo are both good in their roles - both have movie star looks, a credible degree of acting ability and impressive physical virtuosity. The fight scenes are definitely the highlight of the film, but they're hampered by a lack of budget and technical artistry behind the camera, so whilst they are quite good showcases for the cast's combat skills, they don't have the same kind of "woo-hoo!" factor of better filmed sequences such as those in THE REBEL, Ong Bak or The Raid: Redemption.

Still, it's all harmless enough and whilst it only rises above mediocre in the fight scenes it's never truly awful - though it was in danger of losing another mark out of 10 for the sex scene, which is really quite bad (but thankfully short). And it probably lost one for the soundtrack... it's not often I feel compelled to single out a soundtrack for criticism, but CLASH would probably have been better with no music at all than with the music it got.

We might have to look forward to his next collaboration with brother Charlie Nguyen for a film which showcases Johnny's skills and has professional quality production values though... luckily that shouldn't be much longer to wait :)