Directed by
Almost justifies all the other zombie movies existence(s) 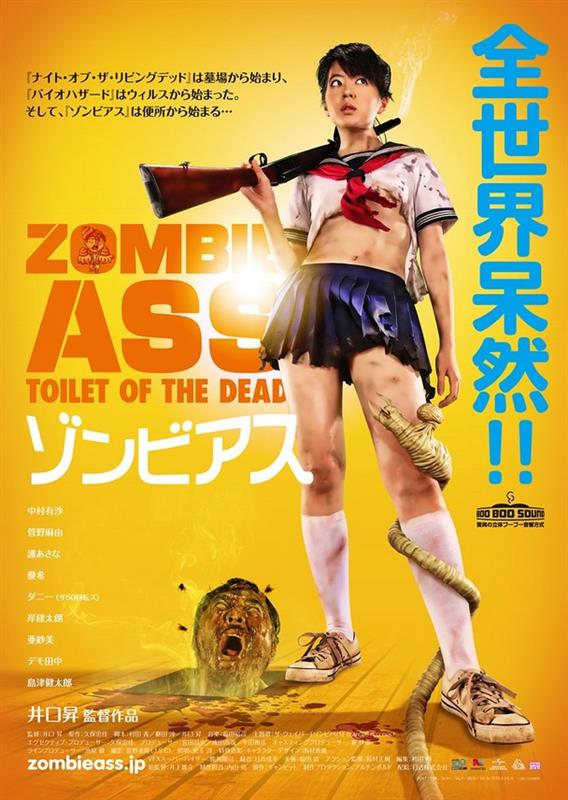 A group of Japanese youngsters go camping in the woods, where they are attacked by zombies who live in the toilet, and which are actually being controlled by (possibly alien) intestinal parasites. The end.

Noboru Iguchi certainly has one of the most fertile imaginations in modern cinema, and indeed in human history. Certainly one of the most twisted, anyway! ZOMBIE ASS: TOILET OF THE DEAD features many of his usual interests such as ass-kicking school girls and exploding heads, and blends them with some of the most gutter-dwelling toilet humour of our generation, and a fair amount of salubrious titillation. I suppose it was only a matter of time before his day job as director of such AV fare as BEAUTIFUL GIRL EXCRETION SCHOOL caught up with his hobby of directing gross-out gore fests, but to have hoped that the result should be such a wickedly creative and hilarious piece of stupidity would seem naively optimistic. Somehow he pulls it off though!

Few directors are able to so consistently put a smile on my face as Iguchi and his regular collaborator Yoshihiro Nishimura. ZOMBIE ASS is disgusting. It is stupid. It is juvenile, it is cheesy, it is cheap. It is not quite like anything you've seen before. It is genius. It is great!