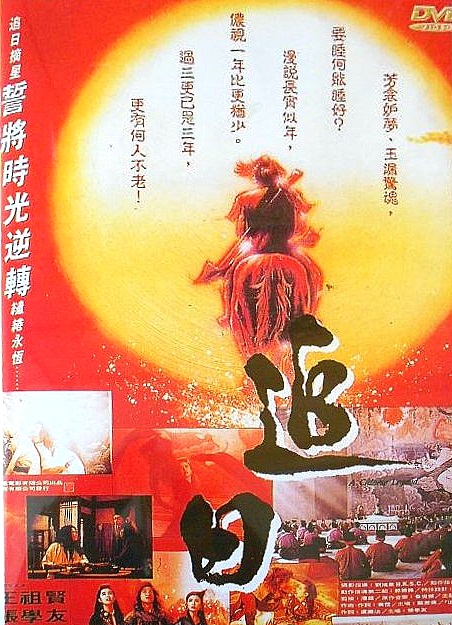 Poor old Joey Wang, bad enough to be forever type cast as a ghost after starring in A Chinese Ghost Story, but on top of that there are always tree demons wanting to marry her! Hard life for a young girl. In A CHINESE GHO... I mean LEGEND, Joey Wang is once more the bride to be of a nasty old tree demon, who meets earnest young swordsman Jacky Cheung in a dream and becomes bound to him by fate. Jackie also bumps into Fox Spirit Cheung Man, who falls for his sincerity and honesty, and they all struggle to convince Wu Ma that he's not time-warped back to 1987, or something.

A CHINESE LEGEND is pretty upfront about what it is... yet another ACGS knock-off, with more underworld related hijinx and pretty girls in flowing silk costumes. Multiple scenes and shots are lifted directly from Ching Siu-Tung's film, but production values are a bit lower, the script is not nearly as compelling, and Jacky Cheung doesn't have Leslie Cheung's innocence or earnest passion.

There's some nice fantasy action in places, though the finale is a bit budget-restricted (and somewhat reminiscent of King Hu's PAINTED SKIN), but other than novelty there's little reason to watch it over its superior predecessors, or glossier successors such as Painted Skin: The Resurrection.