Directed by
5/10 - Mostly dull with patches of imagination 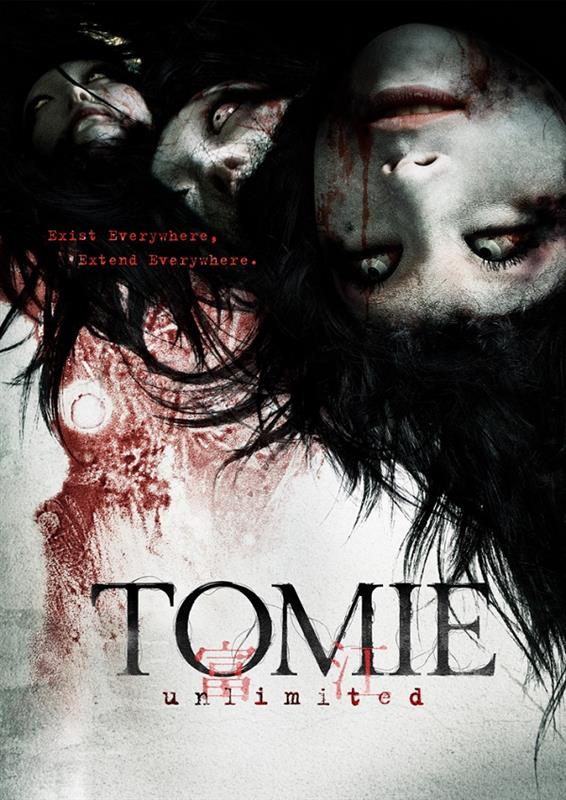 Tsukiko is a cute schoolgirl with an interest in photography and an older sister named Tomie. One day Tsukiko is taking pictures of Tomie when a falling weather vane skewers her sister, fatally. A year later the family are still in mourning, but on what would have been her 18th birthday, Tomie returns home. Resurrection seems to have come with an attitude problem, though, but Tsukiko seems to be the only one who thinks that her recently dead sister is acting a bit oddly.

TOMIE: UNLIMITED is the 8th film in the Tomie franchise, based around a manga series by Junji Ito. I am fairly sure I saw the first Tomie film, but it didn't leave a strong impression - in fact I can't remember a thing about it. I haven't seen the others, but that doesn't seem to be important - TOMIE: UNLIMITED is a self-contained film.

The reason I bothered to watch the 8th film in the series when the rest hadn't interested me is purely due to the fact that this one was directed by Noboru Iguchi, with special effects hero Yoshihiro Nishimura along for the ride as usual. I had assumed that this film must be a 'director for hire' project for Iguchi, and was expecting a relatively conventional take on a well known (presumably popular) series to get some income and press coverage. I was only half right though - it is less off-the-wall than many Iguchi films, but watching the interview with him on the UK DVD it seems that he really wanted to make the film, as he is a huge fan of the manga and felt that previous film versions hadn't been able to show some of the more interesting aspects of it, due to either budget or censorship fears.

Iguchi has a love for 'body modification' in its various forms, and this is apparently something that the manga features heavily but other TOMIE films had not. Yoshihiro Nishimura is surely the master of body modification on a budget, and he applies his usual level of talent to TOMIE: UNLIMITED to produce some quite gory, grotesque imagery. Iguchi says that he wanted to make a straight horror film this time, rather than the action comedies he is best known for, and was disappointed when Japanese audiences laughed at parts of TOMIE: UNLIMITED. He says he hopes that Western audiences will be terrified instead... which I would say is a pretty naive hope. As creative as Iguchi and Nishimura are, their low budget gore effects are never going to be anything other than slapstick comedy.

Perhaps I am not the best person to judge, though, as I am not a horror movie fan, and certainly don't typically find myself moved to terror by ghosts, zombies, or other supernatural horrors... I'm much more likely to be amused or bemused by them. I don't really understand the fear of supernatural agents, because I note that the news is quite literally never full of people being harmed by them. I'm more prone to be scared by a threat I can find believable, but even that's rare in cinema. I would say that a film that truly terrified me would be less a film about serial killers or deadly animals or whatever, than a film about humiliating social situations... public embarrassment, shame and rejection are infinitely more frightening to me than vampires! ...and that's actually where TOMIE: UNLIMITED gets interesting... though only at the, and far too late in proceedings to really engage my interest. Whilst it does tick up a bit in the final reel, with some interesting existential horror concepts, for the most part I was barely interested enough to keep watching, other than to note Nishimura's imaginative and sometimes outlandish effects work.