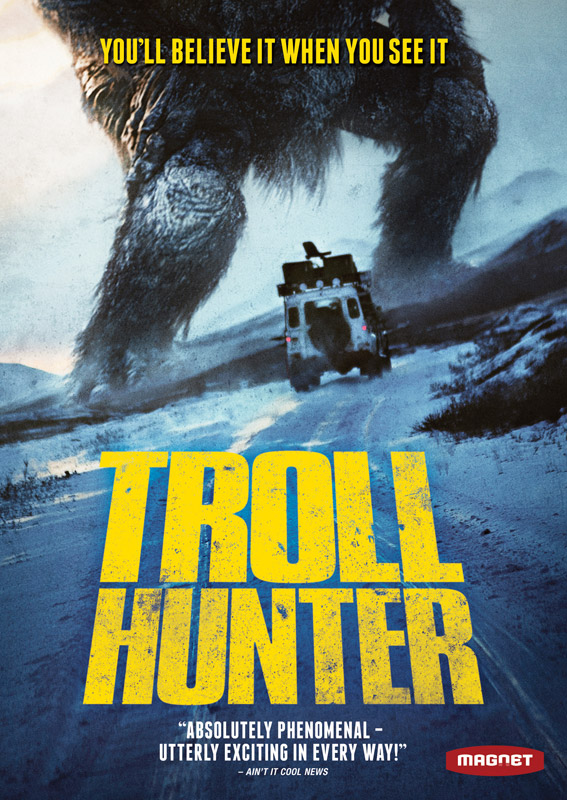 A group of students set out to film a documentary about bear hunters, but decide instead to follow a mysterious poacher to see what his story is. Turns out he is a troll hunter.

TROLL HUNTER is another attempt at a "found footage" film, which got tired as a concept pretty much as soon as BLAIR WITCH PROJECT had done it. However, the unique setting and some very impressive special effects work manage to make it a bit more interesting. Whilst not as polished as CLOVERFIELD, the unusual creature designs blend well with the stark Scandinavian scenery, whilst the titular character is interesting enough to compensate for the irritatingly clueless students following him into troll territory.

The "found footage" conceit doesn't add an awful lot to the experience, other than making the film seem lower budget than it probably was - I'd be interested to see a version of the film shot with traditional aesthetics, though there are moments when the camerawork does add a claustrophobic intensity that might otherwise have been lost.

Too reminiscent of other films to be especially noteworthy, but has enough character of its own to be worth a look.