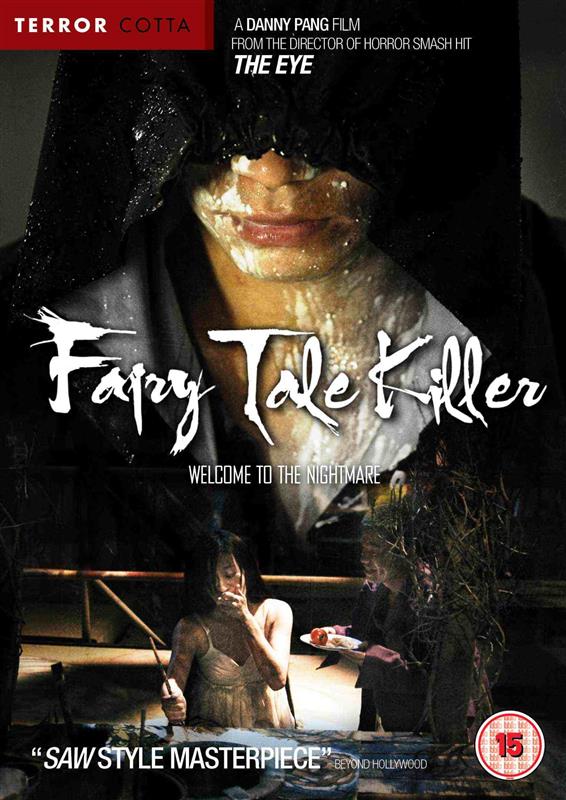 A team of detectives are working the late shift when a strange man covered in make-up wanders into the station and announces that he has killed somebody, giving them a name. The detectives go round to the home of the alleged victim and find him to be still very much alive, so on returning to the station they chastise the man for wasting their time and send him away, dismissing him as crazy (which his appearance and behaviour do strongly suggest).

The next day a body turns up and the detectives are horrified to discover that it is the man their crazed visitor claimed to have killed. Evidence at the scene further links the crime to the suspect, but for fear that they will be in trouble for letting him go they decide to hide that evidence. Soon another body turns up, linked to the same killer. The detectives realise that both deaths can be related to fairy tales, and that they have a serial killer on their hands. They pretty much know who the suspect is, but need to figure out the connection between the victims so they can find him and stop him - without revealing their own misdeeds.

FAIRY TALE KILLER is reminiscent of SE7EN, and therefore pretty much every serial killer made after SE7EN I suppose. Unfortunately it is nowhere near as good as SE7EN, as tends to be the case with films that wish they were.

There's nothing wrong with the technicals - Danny Pang is certainly an accomplished visual stylist (as is his brother), and the film is consistently slick and atmospheric. Unfortunately the Pangs are much less strong on characterisation and narrative, and FAIRY TALE KILLER falls pretty flat because of weakness in those departments. The fairy tale theme is woefully underdeveloped, with little internal logic and only a tenuous connection to the way the story unfolds. If the cops didn't tell us that their was some sort of fairy tale thing going on we probably wouldn't notice.

The characters on both sides of the case are poorly developed - the scraps of back story for the killer and the home life problems for main cop Wang serve do little to create the narrative tension between them which was presumably the intention, and the dynamics within the team that their decision to hide evidence creates don't really have any pay off.

In the end we feel little sympathy with the killer, the cops or any of the victims, and we have little interest in seeing the case resolved one way or the other.

The film does look good, with effective use of some interesting paintings (which allegedly illustrate the fairy tale theme) and generally good lighting and camera work, but the script never really goes anywhere, and the film's potential is largely wasted. This would be a great candidate for a Hollywood remake - there's the kernel of a solid serial killer film in there, and with a director whose skills are more dramatic than stylistic in charge it could probably be turned into one.