Directed by
7/10 - Miike takes on the universe 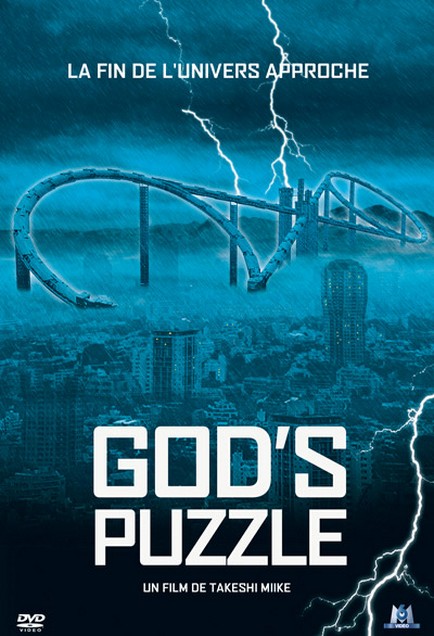 Sushi chef and rocker Motokazu agrees to attend his twin brother Kiichi's physics classes at university whilst Kiichi takes a holiday in Thailand, so that his attendance record won't be harmed by the absence. To pass the time, Kiichi suggests that his brother can try to seduce the recently single and very attractive girl in his class, Shiratori. Motokazu is left bewildered by the talk of quantum physics and relativity, but when the teacher sets him a mission to get a reclusive girl genius to attend class he thinks he might be able to put his abilities to use.

Saraka is a 17 year old Japanese-American whose exceptional intellect led her to design a novel particle accelerator, which Japan has just finished building. Although enrolled at the university she doesn't see any point in attending classes, but when Motokazu repeats some idle speculation he overheard about the creation of the universe he catches her interest, so she agrees to come along. The two of them take up the theme of universal creation as a class project.

Saraka is not just idly curious about the question of "How did the universe come into being?", though... she is obsessed with the idea, and specifically whether it might be possible for human beings to create their own universe. For her, the project definitely has a practical dimension.

You have to admire Takashi Miike for taking on big ideas and never resting on his laurels, at the very least. GOD'S PUZZLE tackles some of the cutting edge questions in fundamental physics and cosmology, and surprisingly the science appears to be pretty much spot on (giving it a little leeway for the translation to subtitles). The first half of the film is a whirlwind tour of the Standard Model of Particle Physics, Cosmic Inflation and other ideas that are speculative but considered plausible by modern science. It's rare to see cinematic sci-fi that actually engages with science, rather than spouting vague technobabble and hoping nobody in the audience knows any better.

Miike delivers some fairly profound ideas quite clearly and economically, and with his trademark quirkiness and style. It's a fun and engaging treatment of a topic that cinema usually steers well clear of.

Things change in the second half though, as Saraka starts developing her theory into a potential experiment. The science becomes more vague and hand-wavy as Saraka's theories go beyond anything a sober scientist might sanction today. At the same time there is a marked shift in tone, as the onset of a massive typhoon mirrors a much darker and more chaotic turn of events. The dynamics of the relationships and the focus of the film shifts from classrooms and conversations to action and strife. Things are suddenly a lot more dramatic - and eventually, pretty damn weird!

GOD'S PUZZLE is certainly one of Miike's greater stretches as a film maker, tackling big themes and taking bold stylistic decisions. It clusters closer to his arthouse efforts like Izo and BIG BANG LOVE, JUVENILE A than his genre romps, but still has a lot of the quirkiness and punk rock attitude that he is recognised for.

I enjoyed the first half of the film a lot more than the second, and would have liked it if the film had stayed more cerebral. Once it shifts into more conventional dramatic territory it loses some of its uniqueness, and some coherence. There was definitely a different film that could have been made, though probably one with a smaller audience.

For the moments when it works though, and especially the moments that only Takashi Miike would ever even think to put on screen, GOD'S PUZZLE is worth a watch. You might want to brush up on your contemporary physics and cosmology first though!