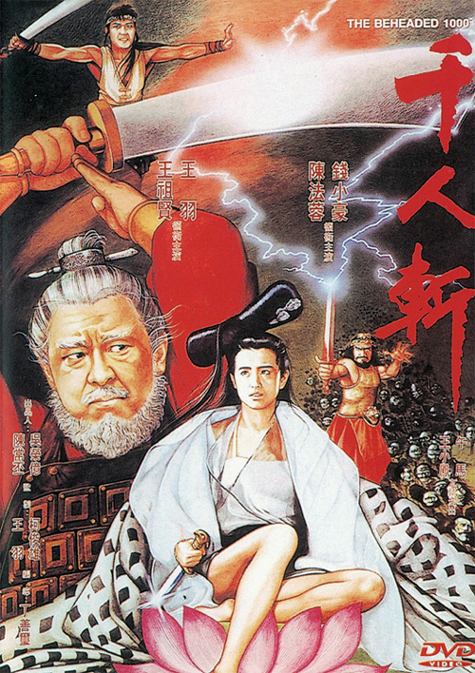 Master Ren De Tie (Jimmy Wang Yu) is a court executioner who has beheaded 995 criminals for the state, and in the opening scene adds three more to the list - members of the notorious Blood Gang. He prides himself on killing villains quickly, cleanly and mercifully, but when the leader of the gang is captured and scheduled for execution he receives a visit from the Guardian of Hell's sister who asks him to make this vicious criminal's death painful and slow, to appease the souls of his many victims.

Master Ren struggles with the ethics of this request, ultimately deciding to give the task to his young and rather incompetent disciple Quick Kid (Chin Siu-Ho), who makes a mess of the execution. The remaining member of the gang, and the most deadly, Blood Lotus (Joey Wang) decides that the executioner's family must suffer in order to take revenge, and accomplishes this by infiltrating them and sabotaging their new restaurant business.

Somewhere around this point, possibly much earlier, THE BEHEADED 1000 stops making an awful lot of sense, but is a lot of fun. The souls of the gang return from hell to seek revenge, and the Guardian of Hell himself (Wu Ma) gets involved. Meanwhile there is a subplot involving a constable who is smitten by Blood Lotus that seems to have little to do with anything.

Jimmy Wang Yu produced some odd films in Taiwan after leaving Shaw Brothers, and this is certainly one of the oddest. I'm sure it all made sense to somebody - not that it particularly matters, it is just one of those films that you can enjoy watching even if you haven't really got a clue what it is all about. Production values aren't the highest but there are some nice visuals at times and it is all kind of fun.