Directed by
Genre
Super-cutie and super-silly 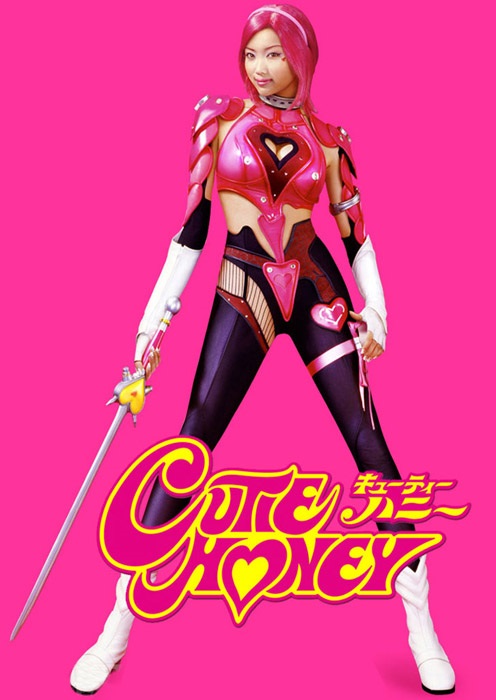 Cutie Honey is a live action version of a popular manga/anime from the early 70's. I haven't seen the original anime, but saw the "New Cutie Honey" series from the early 90's... which was very light, harmless fun with a major emphasis on "fan service". Unfortunately the studio apparently told director Hideaki Anno (NEON GENESIS EVANGELION) that he wasn't allowed to play up the fan service angle in the live action version :p

I saw the film at the Leeds Film Festival, and enjoyed it quite a bit. It's very goofy and campy, with people breaking into song for no particular reason and a fluffy message about loving one another and opening your heart etc. The film is 95% very very very silly, with a couple of curveball moments where things get a bit more serious, then right back into silliness and fluffiness again. The film is shot and edited in a very anime-esque way, with extensive use of CG to enhance the stylisation and "cartooniness" that's already quite abundant from the costumes and overacting. In fact, so much effort has been spent making the live action film feel like an animated film that one sometimes wonders why they didn't just animate it ;) The answer is, of course, the super-cuteness of actress Eriko Sato (though I was actually more partial to Ichikawa Mikako's super-repressed detective character, make of it what you will).

Overall, very very camp and silly fun with a fluffy message about the power of love and an irrepressible good nature. Not the stuff classics are made of, but worth seeing if the opportunity arises.