Directed by
Good, but not one of Miike's best 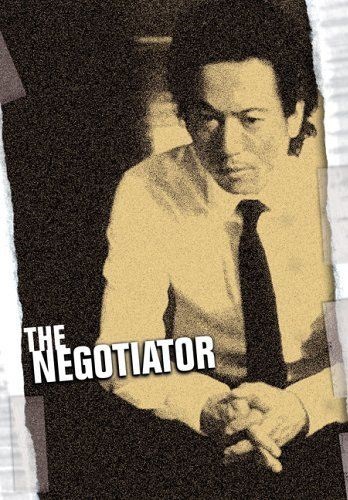 Three men in motorcycle helmets rob a 7-11, then hole up in a hospital with the staff and patients as hostages. Two negotiators take charge of the scene, analysing the criminal's behavior to assess their psychology and intentions in an effort to resolve the crisis without any loss of life. As the film progresses, various clues suggest that the case is not as straightforward as it appears on the surface.

THE NEGOTIATOR is one of Takashi Miike's more low-key films, one of only 5 he directed in 2003 and allegedly made for TV, though it seems to be shot on film and with reasonably high production values. Since it's a pretty sedate drama without any of Miike's excursions into violence, gore, sex, fantasy or general bizarreness, it's the sort of film where a little budget can go a very long way, I guess. Miike plays this one pretty straight, delivering the story as conceived by the original novelist without injecting his own whimsical ideas (I am assuming a lot here). It doesn't feel much like a Takashi Miike film, to be honest, but one of the man's strengths is his chameleon-like ability to adopt totally different styles. There's no diversions into black humour or genre-smashing, but elements of the story-telling techniques and editing do betray his touch. He clearly feels his script and cast are capable of making a strong film without his spicing it up - and he is largely correct.

The result is a solid drama that engages the brain and the heart, but lacks the invention or wit that Miike delivers in his more personally styled films. Whilst the film does definitely hold some surprises, I am fairly sure they should be attributed to the original novelist rather than the director. It's a good film, and Miike's skills as a director certainly can't be called into question because of it, but it's not one of those films that you couldn't imagine any other director on the planet having produced - which just means that it's not one of Miike's best :)