Directed by
Quite a mess, but with some big booms 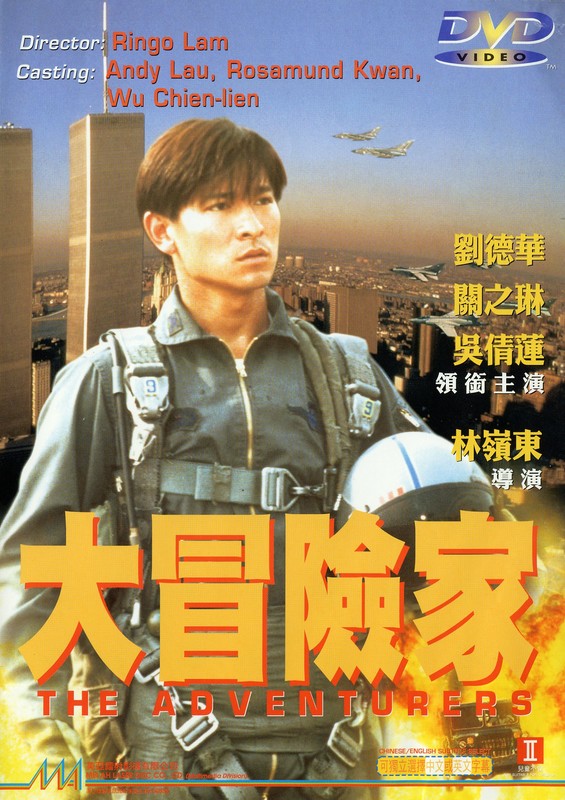 As a child in Cambodia Andy Lau witnesses his parents being killed by an associate named Ray who betrays them. 20 years later Ray is a major crime boss in Hong Kong, whilst Andy is a pilot in the Thai airforce. When he learns Ray is in town he is compelled to attempt an assassination, but fails and gets shot. Ray's kept woman (Rosamund Kwan) helps him escape, and the two have a short and steamy fling.

When the police come knocking Andy's uncle (David Chiang) sends him off to the USA,. revealing that his parents were CIA assets and they'll surely help him get his revenge. Ray's daughter Crystal is studying in San Francisco, and when a Triad gang kidnap her the CIA set Andy up as a new Triad boss and arrange for him to counter-kidnap Crystal to get close to her dad. Romance blossoms.

To say that THE ADVENTURERS (1995) is all over the place would be an understatement. I've just finished watching it and I'm already struggling to figure out how all the pieces fit together. There's certainly no shortage of plot, though it feels like it was probably the result of a brainstorm session fuelled by amphetamines - or perhaps just retrofitted from a desire to go to Thailand and the Philippines and blow stuff up, and to the US because 1997 was approaching and Ringo Lam had his eye on a ticket to Hollywood.

The film is all over the place tonally as well as geographically, with a particularly awkward shift from violent revenge tale to whirlwind romance being especially jarring. It's not the first Hong Kong film where kidnapping somebody and threatening them with violence proves to be the path to a woman's heart, but I'm hard pressed to think of one where the leads seem quite so obviously unconvinced about it. 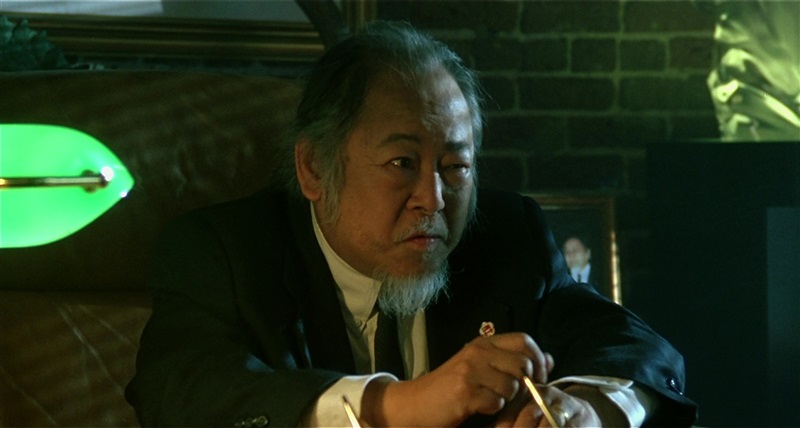 It's hard to believe now but in 1995 people didn't generally rate Andy Lau as an actor, and films like this are a reminder why. He is unquestionably handsome, undoubtedly cool, nobody would deny his charisma - but the actual acting part of the job was still a work in progress.

Wu Chien-Lien's credentials were in no doubt, and she acquits herself well enough, given how fundamentally illogical her character's story is. Her sassy attitude does clash a bit with the otherwise mostly dour tone of the film, but the rest of the cast would probably have done well to follow her lead as a little more levity would probably have helped given the ridiculous things going on.

THE ADVENTURERS (1995) was in the first batch of DVDs I ordered from Hong Kong. I thought it pretty much sucked back then, so I'm not sure why it was also in the first batch of Blurays I ordered from Hong Kong. A misplaced sense of tradition, perhaps - or just that it happened to be on sale. It looks a whole lot better on Bluray than it did on DVD, but it hasn't particularly improved it in any other respect.

Definitely not Ringo Lam's finest hour, though it seems to have been good enough for Jean-Claude Van Damme to bring him on board for his next film - perhaps he was impressed by the gigantic explosions in the final reel. They are pretty spectacular. I've never seen any of Ringo Lam's JCVD films - I assume they're bad, and it doesn't worry me enough to confirm or refute it.

THE ADVENTURERS (1995) may be a mess, but there are individual pieces that are entertaining - it's definitely not a good film, but it's not all bad. There's some nice cinematography - I saw Arthur Wong's name scroll by in the end credits so that's not surprising - and Teddy Robin contributes some mournful guitar licks that recall his soundtrack for Full Contact, which is a nice thing to think about even if it is a reminder that Ringo Lam is capable of so much more than this.