Directed by
Genre
Generic in every possible way 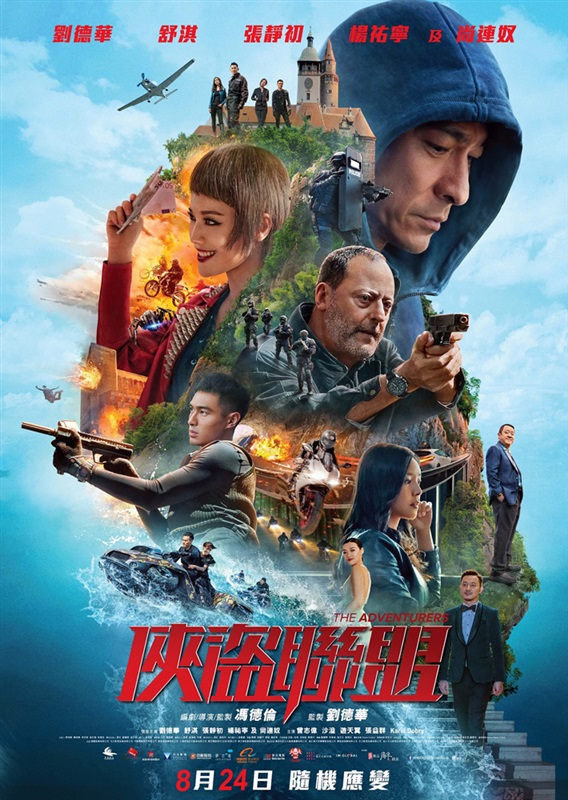 Master thief Zhang spends five years in a French prison after being sold out during a big job. No sooner is he released than he gets back in the game, staging an elaborate heist from an auction with young partners Po Chen and Red. Having known that Zhang would return to his old ways, French cop Pierre makes it his mission to return him to jail.

THE ADVENTURERS (2017) is one of those films where every scene feels like something you've seen before, plastered wall to wall with tired tropes and cliched characters. The film credits five writers, including director Stephen Fung, so how is it there is not one original idea in nearly two hours?

I kept hoping the film was going to throw a massive curveball, go off the rails or jump genre or something, but it never happens.

I guess the problem with "design by committee" is that you end up with a list of features that nobody quite objected too strongly enough to veto them, but with his name up front and centre as writer, director and producer surely Stephen Fung was in a position to stamp his mark on the film, so is this... exactly what he wanted to make?

I'm probably as close to a fan of Stephen Fung as a director as anybody alive, I really enjoyed his debut Enter The Phoenix and his ode to classic martial arts films Tai Chi Zero and Tai Chi Hero. It seemed like he had a genuine love for Hong Kong's unique brand of cinema, which makes the bland Western styling of this film all the more baffling. The film looks, feels and sounds like any generic Hollywood or European film, and it can't just be because of the French scenery.

The film looks expensive, with crisp cinematography and a very motile camera (there's a lot of drone work). I suppose it's technically quite accomplished, but there's not a lot of style - I expect any qualified cinematographer could have delivered the same results if you gave them the cash and equipment. The soundtrack is relentless and overbearing, and again feels like what you'd get if you sent a pile of money to a competent composer who wasn't invested in the work.

The fact that the cast speak Mandarin and English suggests that Fung had both Mainland and international audiences in mind, and perhaps he is not entirely mistaken that delivering a slick but completely vacuous and generic thriller is the way to reach the widest audience. It's not a film anybody's ever going to love, except perhaps die hard Tony Yang fans, but it's the sort of thing that can probably get global distribution as filler material. According to IMDB the film made 40 million dollars at the box office, which probably wouldn't have covered the budget, but it might make up the difference on home video and streaming or broadcast rights.

Hmm, also according to IMDB the film is supposed to be 140 minutes long, whilst the version I watched (German bluray) comes in at 107m - is it possible that they cut out the exact 30 minutes that transform the film from generic techno thriller to a work of art? I suppose so, but it seems unlikely. IMDB also mentions that the film is a remake of John Woo's Once A Thief - seems plausible, I certainly hated that film at least as much as I do this.

If the film has one redeeming feature it's Shu Qi, who is as sassy and sexy as ever - it beggars belief that she's in her forties, she looks barely any different than she did twenty years earlier.