Directed by
Genre
A really stripped down piece of cinema 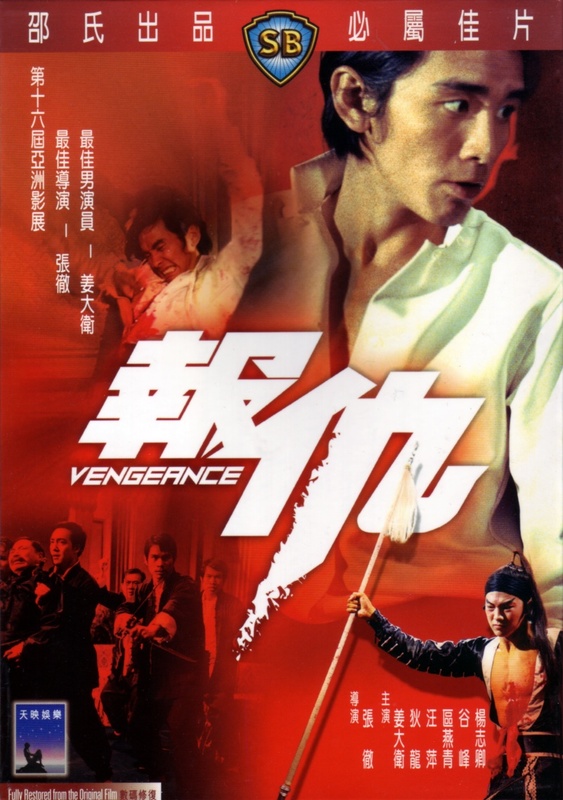 Guan Yu Lou (Ti Lung) and his wife are the stars of the Peking Opera in a nameless city in 1920's China. The manager of the opera house (Ku Feng) takes a fancy to Mrs. Guan and when Yu Lou challenges him on his advances towards her, the manager has him killed. Some time later his younger brother Guan Xiao Lou (David Chiang) arrives in town with only one thought on his mind... vengeance!

When I saw this film in 2004 I wrote a very short review for HKMDB and concluded "I doubt Chang Cheh had much real involvement". I'm not sure why I thought that, because it is a Chang Cheh film to its very core, and one that is stripped down almost to that core. There is minimal back story or world building, it is laser focussed on its tale of bloody revenge. It is in some ways the prototypical Heroic Bloodshed film, and whilst it might seem slightly out of character next to some of Chang Cheh's more ornamented earlier films it is very much in keeping with the bulk of his oeuvre. Men fight and die, spurting bright red blood as they fall.

David Chiang is a killing machine in this film, a one man army that takes no prisoners - no mercy and no remorse. His character is actually quite a prick, supremely arrogant and inconsiderate of others. You don't want to get in his way. It's not one of his best dramatic performances, unfortunately, he spends the entire film looking like you've just said something that hurt his feelings.

Vengeance! is arguably the first film to herald the shift of martial arts cinema from wuxia to kung fu in the early 1970's, coming out months before Jimmy Wang Yu's Chinese Boxer. Kung fu films tend to be more grounded and realistic, focussing on raw physical power rather than the mystical internal energies behind the more fantastical action of wuxia or the acrobatics of Peking Opera (as the film helpfully shows us). It was probably more the films of Bruce Lee that triggered the popularity of the genre, as he was able to make audiences believe one man could take down an entire room far more convincingly than the rather scrawny Chiang. Chen Kuan-Tai would doubtless have knocked it out of the park, but he was obviously far too busy at the time, playing two completely separate henchmen that Chiang murders.

The film shows Chang Cheh experimenting with both structure and style to tap into the essence of his vision for a more masculine martial arts film. Vengance's simplicity is its greatest strength, representing an almost platonic ideal of masculinity - at least as Chang Cheh saw it. It does mean that there isn't quite enough there to it for it to transcend genre appeal, but what it does it mostly does well.