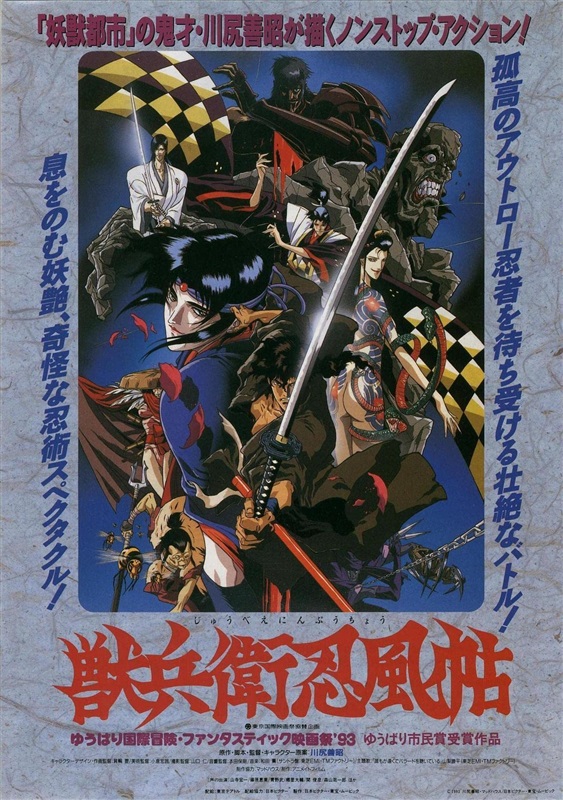 NINJA SCROLL is kind of a legend, an anime that more than earns its 18 certificate with outrageous violence and gore and a dollop of nudity and sex. It's also really good, featuring some of the most imaginative ninja action ever committed to film... err, paper... or however that works.

Our heroes Jubei and Kagero go up against the Eight Devils Of Kimon, a clan of ninja that have attained supernatural powers, which they have to combat with naught but their speed, strength and wits. The action is beautifully staged and animated, as exciting as any Hong Kong martial arts film - and gorier than most.

I'm amazed nobody has done a live action remake of this yet, it seems ripe for it, I think we do have the technology to make action like this look good with live humans now. You can put me down as a viewer, if somebody wants to give it a shot.