Directed by
It's important to be happy, isn't it? 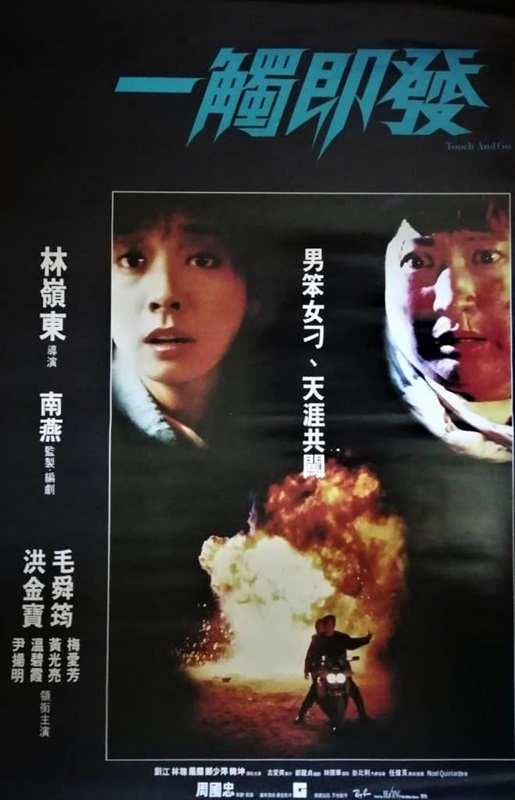 A good natured restaurant worker named Fat Goose (Sammo Hung) witnesses a cop being murdered in the alley behind the restaurant, and reports it to the police. The cop's partner Pitt (Vincent Wan) persuades him to testify against the killer (Tommy Wong) and assures his safety, but of course Wong's sleazy lawyer manages to get him released on bail and he immediately sets about intimidating Fat Goose, so Pitt vows to protect him. Fat Goose takes a shine to Pitt's sister Angel (Teresa Mo).

TOUCH AND GO used to have quite a bad reputation, considered something of a misfire from its generally respected director, so even though I've had it on VCD for about 20 years (there was no DVD release) I never got around to watching it. I'll normally watch absolutely anything with Sammo in at the first opportunity so this shows how bad I was expecting it to be, which turns out to have been quite an unjustified fear. It might not be god-tier Ringo Lam but it's a perfectly respectable example of an action/drama film from its era.

The film's greatest strength is of course Sammo Hung, who makes Fat Goose a very believable and likeable character. He doesn't want to be a hero, just wants to make his aging mother happy, and has a healthy cynicism about the cops' ability to keep him safe with a killer on the loose. The film's biggest weakness is Vincent Wan, who doesn't have the charisma or dramatic chops to make his character memorable - it would have been a very different film with Chow Yun-Fat in his place. His lack of charm is compensated by Teresa Mo and Helena Law Lan's natural likeability and Tommy Wong's delightfully menacing presence that entirely justifies his character being known as God Of Hell.

Irene Wan also leaves an impression as an illegal immigrant from the mainland whose character is more interesting than any of the stereotypes it could easily have been - that's actually true of several of the smaller parts. Her character adds a layer to the film that wasn't strictly necessary but does help to give it some substance.

The film's other glaring weakness is that the plot too often relies on people doing obviously stupid things, such as failing to anticipate that it might not be safe to go home when the violent killer that already tried to kill them knows where they live. This is a common enough flaw in Hong Kong films of the era, but it conflicts with the otherwise refreshing pragmatism and wariness established for Fat Goose. 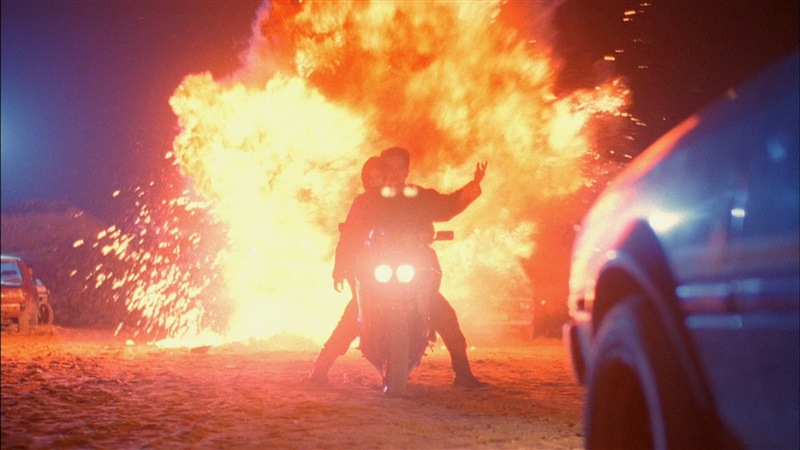 On the upside there is some gorgeous and moody cinematography courtesy of Ardy Lam, complemented by a jazzy soundtrack from Noel Quinlan. The contrasting blues and oranges of the rain-soaked finale in a burning junkyard are particularly pleasing (Ringo Lam sure does like to blow stuff up). There are some very stylish shots, and the film is visually striking.

The film's action sequences are well realised, with scrappy, realistic combat that still makes good use of Sammo Hung's skills without being overly flashy or acrobatic. It's definitely an action film, not a martial arts film, and whilst it might not be ranked amongst Hong Kong's best it is quite satisfying. The film features yet another dust up between Sammo and Billy Chow, which is always welcome even if it's over relatively quickly here.

TOUCH AND GO doesn't have the same kind of distinct identity that films like City On Fire and Full Contact possess, there's probably nothing that would make you say "only Ringo Lam would do that", but it is a fairly good example of a genre that was admittedly a little over saturated by 1991. It's not on the same level as Royal Warriors or Righting Wrongs, but it doesn't deserve the bad name it carried for so long. It's certainly not one that anybody on a quest to watch every Sammo Hung film needs to worry about getting to.