Directed by
Genre
Mostly awful but Godzilla is pretty awesome 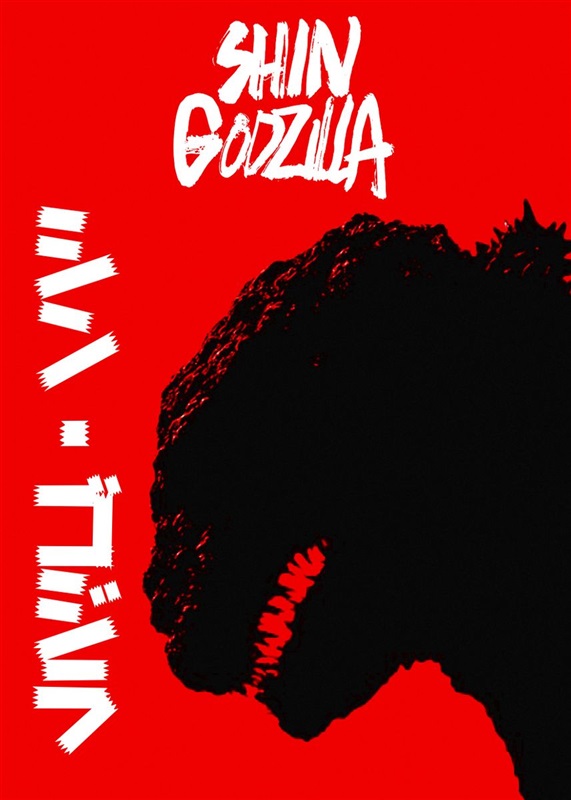 A large plume of steam is seen rising from Tokyo harbour, the PM is sure it's just an underwater volcano or something but young maverick Yaguchi insists that they should take reports of a giant creature on the seabed seriously. Yaguchi is proven correct when a monster comes out of the bay and starts trashing the city. The PM is still pretty sure they can handle it, but then the monster grows bigger and starts walking on two legs. Realtime evolution! Could this have anything to do with the work of a maverick biologist who predicted that nuclear waste would lead to the evolution of a new god? The outrageously attractive (and probably maverick) representative from the U.S.A. would like to find out.

I'm not the world's biggest Godzilla fan, but I was moderately excited to discover that Hideaki Anno was directing a new Japanese reboot after the misconceived Hollywood attempt. The creator of NEON GENESIS EVANGELION was bound to take an interesting approach to Japan's most famous kaiju... right?

Although the stuff about a new god evolving and the next phase of evolution is on-brand, the film is so full of clichés, pseudoscience and simplistic politics that it might as well have been produced in Hollywood. The style of the film is intensely irksome, full of close ups of bureaucrats being dramatic and rapid edits that I think is suppose to give it a sort of documentary feel, but basically just looks like TV shows like... I dunno, 24 or C.S.I. something, I don't watch any of them but they all seem to have this look.

The politics is naïve, with a vague Japanese nationalism and suspicion of the U.S. coupled with an "old people are conservative we need the young generation to show us a bold new path" angle that says nothing new. The Godzilla = nuclear weapons metaphor is more explicit than it was in the original film, but just in case it wasn't obvious enough already there's a brief montage of black and white clips from Hiroshima and/or Nagasaki to spell it out.

Acting is almost uniformly bad, but that's pretty much unavoidable given the situations and dialogue there aren't many actors that could have found a way to introduce nuance to their performance, and the admittedly impressive array of veterans in the cast are presumably only there for a pay check. I would definitely vote for Ren Osugi though.

The only time the film comes alive is when Godzilla is on screen - and even then his goggle-eyed first incarnation makes him look like he belongs in a kid's cartoon (though the actual kid's cartoon of Godzilla wisely refrained from making him look like a teddy bear). Once he's evolved to his third form and starts blasting up the city with nuclear death rays it must be admitted that it's an impressive sight though.

Unfortunately there just isn't enough of the good stuff, the film spends too much of its 2 hour runtime on the human cast and their ludicrous theories of biology and evolution (for such a technologically sophisticated nation, Japanese cinema does not generally do well with its depictions of science). When it's not dull it's mostly embarrassing.

I'd have thought Hideaki Anno would have seen enough kaiju films to avoid the obvious pitfalls but he seems to dive head first into each of them. His depiction of Godzilla in his final form may be the most impressive vision of the mighty beast to date, but it deserves to be seen in a better film than this.