Directed by
Genre
A whirlwind of inventive action 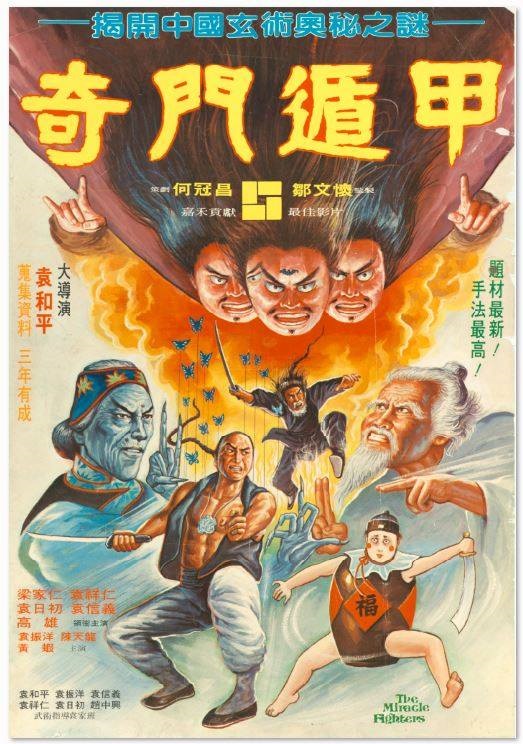 A young man seeks shelter with a pair of bickering Taoists after his sifu is killed by a powerful sorcerer.

The Miracle Fighters was the first of a string of films produced by the Yuen Clan in the 1980's featuring inventive action choreography and special effects to create a new style of martial arts comedy. Whilst films like Encounters Of The Spooky Kind are clearly an influence, these films went all in on staging weird and wonderful magical battles.

Yuen Yat-Choh is lacking a bit of charisma to be a lead, but he did have the kung fu for it and was in particularly good shape at this time. Luckily Yuen Cheung-Yan more than compensates charisma-wise as the Granny character, dressed as a woman and voiced by a female actress, which he would reprise in several films. Leung Kar-Yan has plenty of charisma too, though he perhaps hams it up a bit too much here.

Of course the action is the real star (apologies for the cliché) and with the whole Yuen Clan credited as action choreographers you know it's going to be good. There are some really imaginative sequences featuring innovative techniques, backed of course by the raw physical ability of the cast.

This was a golden era for Hong Kong martial arts, with a number of film makers graduating from many years working behind the scenes into director roles, bringing all their experience whilst relishing the opportunity to try out new ideas and develop their own style. Yuen Wo-Ping quickly proved himself to be one of the best.