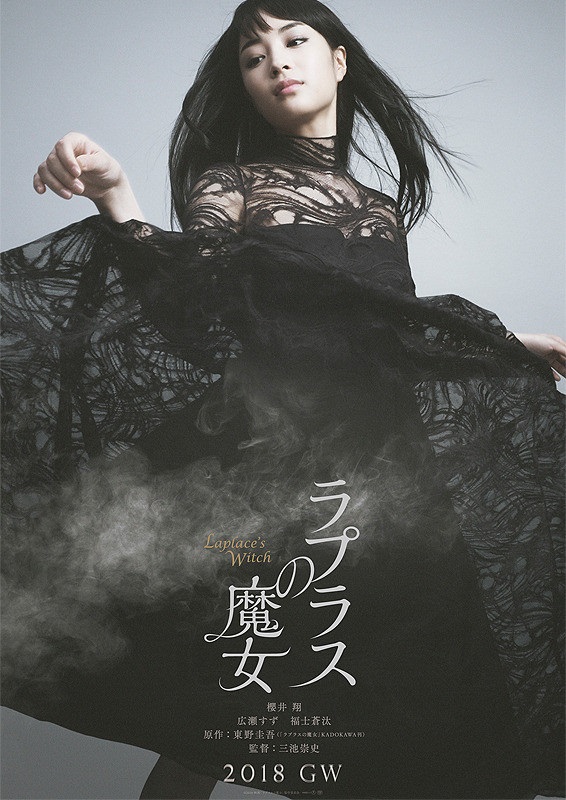 A man is found dead from Sulphur Dioxide poisoning in a town famous for its hot springs, so the police call in a geology professor to provide an expert opinion. "Well it's definitely not murder", he says, "that would be impossible". But when a second man dies in another town in identical circumstances the police suspect there must be some sort of foul play afoot, especially as both men had a connection to a famous movie director who went missing half a decade ago after his daughter committed suicide... by Sulphur Dioxide poisoning.

Laplace's Demon is the name of a thought experiment from 1814 by mathematician Pierre-Simon Laplace, who postulated that a demon with a big enough intellect to know the position and momentum of every particle in the universe would be able to predict the future. Quantum mechanics kind of puts the kaibosh on that by introducing the uncertainty principle, a degree of unknowableness that is fundamental in the theory, but I guess nobody told Keigo Higashino - possibly because the moment he heard about Laplace's theory he rushed off to figure out how to turn it into a plot device in a murder mystery novel.

The story is actually quite interesting, if contrived and scientifically dubious. Unfortunately the execution is clunky, with so much foreshadowing and exposition that there's not much mystery left in the murder by the time all is revealed. There are some interesting ideas along the way though.

The film's direction is competent but there's nothing there that would indicate Takashi Miike's involvement if his name wasn't in the credits. There's none of the weirdness or dark humour that Miike made his name with, none of his trademark "Miike moments", just a functional delivery of the script. It feels like you could have given pretty much any film school graduate the same budget and got much the same result, so I guess it was just a "director for hire" gig for Miike - fair enough, the man's got to pay the bills, but it's disappointing if he can pay them more easily churning out a generic murder mystery film than with something unique and visionary like MPD Psycho.