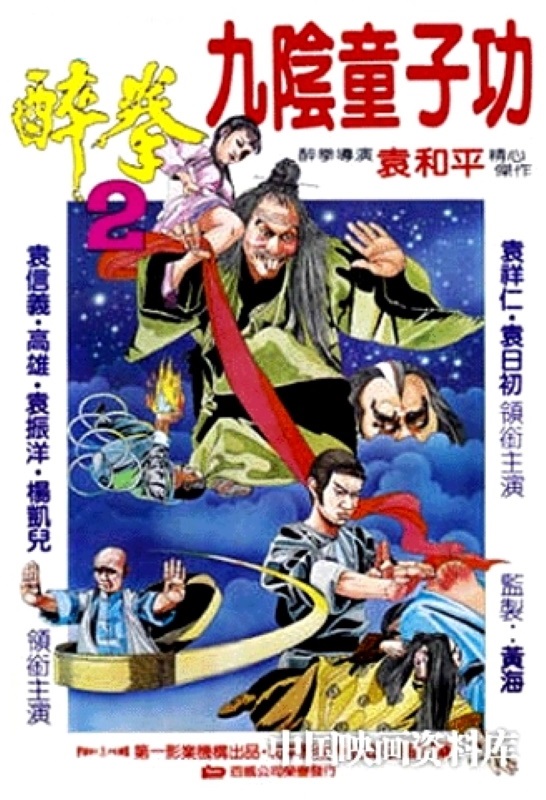 Yuen Yat-Choh plays a young man whose granny is determined to see him married, to make sure the family line continues. He enters a martial arts competition to win the hand of Eddy Ko's daughter, but upon discovering that she has a facial disfigurement he runs away, seeking refuge with an alcoholic monk.

SHAOLIN DRUNKARD is a nominal sequel to The Miracle Fighters, but though cast members return in similar characters there is no narrative continuity, it can be treated as a standalone film. It is more of a spiritual sequel, featuring a similar mix of magical martial arts showcasing innovative choreography and practical effects. It's not quite as inspired as its predecessor, e.g. there's no equivalent WTF to Urn Boy, but there are some clever parts.

I watched the film dubbed into English, normally anathema to me but seemingly the only way to see this particular film, I have never come across it in the original Cantonese. There is no film so bad that dubbing can't make it worse, but since it was never going to be an exemplar of great dialogue or expressive acting it probably doesn't hurt this film all that badly.

The film doesn't build enough on the Miracle Fighters foundation to make it particularly essential viewing, but if you're looking for some more of that trippy Yuen Clan action then that's what it provides.