Directed by
Genre
Entertaining for a couple of hours 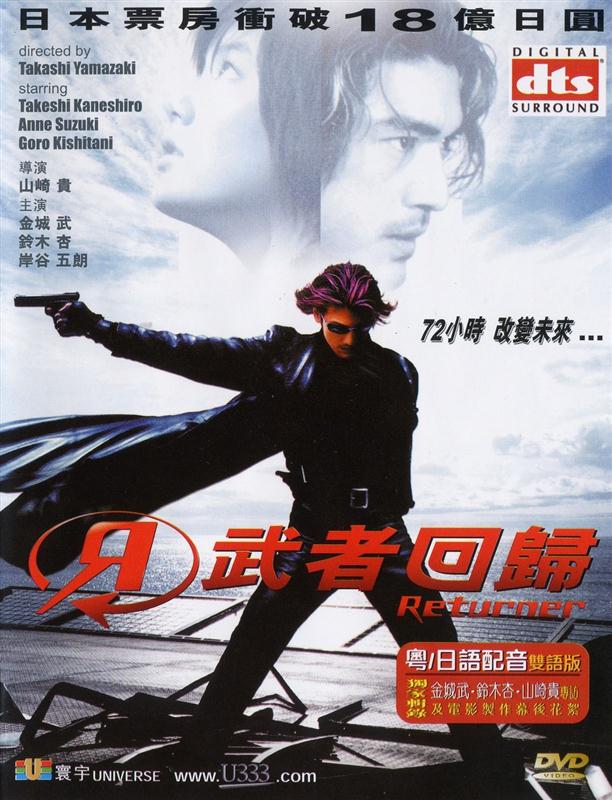 You know what I hate? I hate it when a cute chick from the future slaps a bomb to my neck and tells me I have to help her save the world or die. Takeshi Kaneshiro evidently feels the same way, and when Anne Suzuki turns up under just such circumstances, he takes an instant dislike to her. The feeling is mutual... in fact, the two hit it off so badly you know they'll be in love before the movie ends.

Anne is here from the year 2084, where the human race is virtually extinct thanks to an invasion from a technologically advanced alien species called the Daggra. Thankfully the last remaining resistance cell manages to build a time machine, so she is able to head back to 2002 with the mission of killing the first alien that landed on the planet. Presumably she hopes the rest of the invasion force will get scared and go away or something.

Takeshi Kaneshiro is... well, some kind of gun for hire or something. Not naturally a hero, especially, but the kind of guy you can rely on to save the world in a crisis.

I'm not sure why, but it seems to be a law that the bigger the budget a movie has, the dumber the script will be. It probably has something to do with quantum physics.

Returner appears to have had a pretty big budget.

That's not to say it isn't an entertaining experience, however... and I suspect the majority of people don't want too much brain taxing with their popcorn flicks anyway. At least we're not looking at a budget the size of Independence Day, for instance (though that movie might be considered an influence, along with The Terminator and The Matrix and probably a host of others).

Takeshi Kaneshiro is a fairly versatile actor, in that he manages to not quite suck in a wide variety of roles. Action isn't his best genre, but he does look cooler in a trench coat and bullet time than Keanu Reaves. Don't know much about Anne Suzuki, but I'd guess she's a pop star rather than an experienced actress. She looks quite cute in an anime kind of way, though, and gives her all to her role. The movie almost belongs to Goro Kishitani though, as the charismatic stroke psychotic bad guy. He plays his role in a very over the top fashion, which at least lightens the tone of the movie somewhat.

The script and acting in the movie aren't going to win any awards, but if you don't try to make sense of it the story is quite entertaining, and a suitable enough excuse for some nice action and special effects. The action takes after The Matrix more than a little, and whilst it isn't up to the same standard it does contain some pretty cool sequences. The special effects are pretty Matrix-y too, for that matter, but well below the standard Hollywood has attained these days.

When most other countries try to take Hollywood on at its own game (brainless blockbusters), they fail miserably. RETURNER impresses because it fails quite gracefully. Although it can easily be criticised for its story, characters, script, originality, intelligence, special effects, it presents just enough of each with enthusiasm and style to be entertaining for a couple of hours. Everybody needs a few movies like this in their diet, and its nice to see Japan providing one.