Directed by
Genre
I didn't get the point 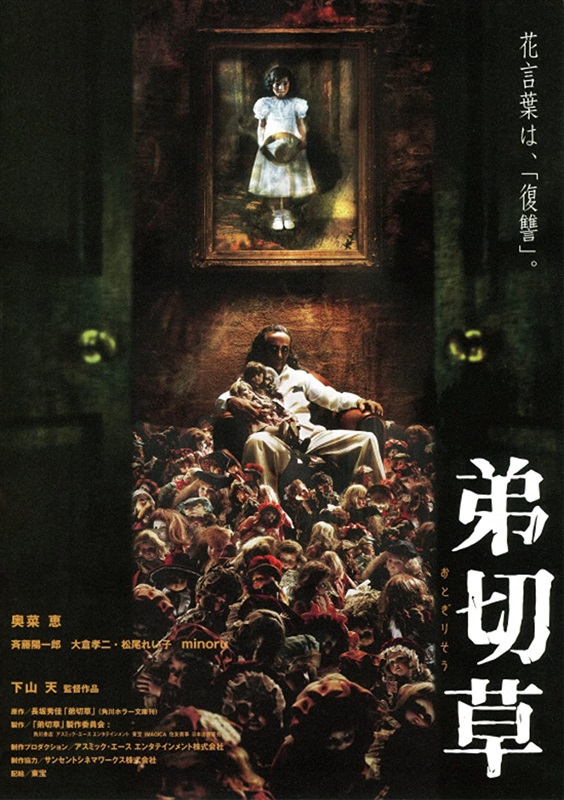 I don't know if Japan has started producing more horror movies since the (inexplicable) success of Hideo Nakata's Ringu... but certainly the rest of the world has started importing more.  ST JOHN'S WORT is more like what I expected Inugami to be.  Shot on video (then very weirdly processed), it feels kind of like a student movie.

A young girl called Nami inherits a mansion from the father she never met, and goes with her ex-boyfriend to explore it.  They take a video camera along, to see if they can get some good reference for the next computer game the boyfriend's company plans to develop (with just 3 people - good luck to them).  It turns out that the girls father was a relatively famous painter, a recluse whose grotesque paintings were popular with people who like that sort of thing.  The house is full of his paintings, which excites the boy no end (he was a fan).  However, it gradually becomes apparent that the house contains something else... something sinister (naturally).

The movie apparently tries to disguise its low-tech, low-budget filming style by digitally processing the images in weird ways.  Strange colours and textures make everything look most peculiar.  Whether this helps to build the atmosphere of strangeness, I don't know.  There are also many sections filmed from their digital camera's POV, or from hidden cameras in the corners.  It's pretty weird and unnerving, but more because it feels so random and ill-advised than anything else.  I guess it's nice that they tried to experiment, and the movie probably would have been less interesting if they hadn't.

Which doesn't mean the movie is terribly interesting as it is now.  The story and background are quite interesting, and some of the paintings are interesting too (specially made for the movie?), but too much of the runtime just follows the pair wandering around an assortment of rooms pointing their video camera at stuff.  There's a variety of edits and sounds and all those things movies use to scare the audience, but for me this was just a distraction from the telling of the story.  It was an interesting story, why do you have to scare me to tell it to me?   I guess the 85 minute movie would have been a whole lot shorter if they didn't though.

ST JOHN'S WORT is one of those horror movies I just don't get the point of (like Ring).  I don't really understand why people make them or watch them, so I'm probably not a good judge of whether its a good one.  Which makes this review a little pointless I guess :p