Directed by
Genre
Sounds great on paper but doesn't deliver 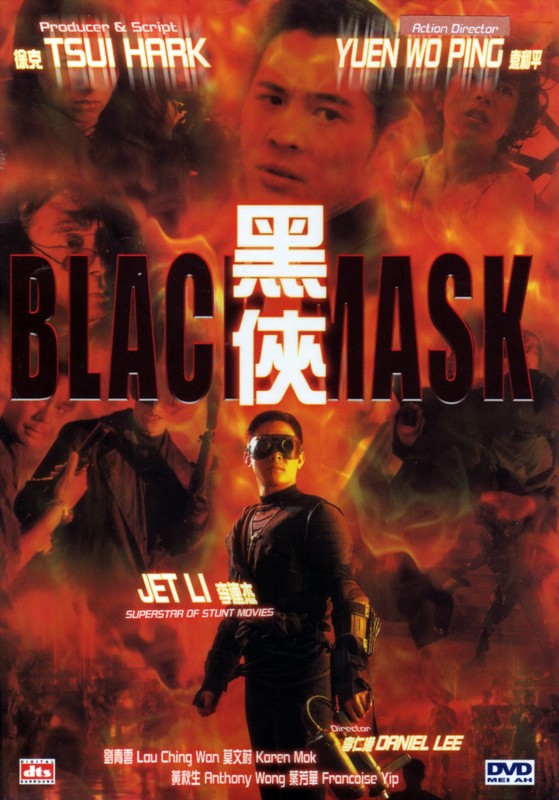 An elite squad of soldiers have surgery that removes the sensation of pain, turning them into an unstoppable force, but when the government realises they can't be controlled they order them killed - which mostly just makes them angry (unstoppable, remember?). One of the soldiers now lives a quiet life as a librarian, having renounced violence, but when his former squad mates appear in Hong Kong and start a massacre he reluctantly has to revisit his past.

BLACK MASK looks terrific on paper, Tsui Hark producing Jet Li in his prime with Yuen Wo-Ping as action director and Daniel Lee, director of stylish mess What Price Survival, in the big chair. I think I quite liked it back when Hong Kong cinema was still new and fresh to me, but time hasn't done it any favours.

Stylish mess is an appropriate description of this film too. There's some cool imagery and camera work, but the script is just a collection of familiar and mostly predictable plot beats, with inexplicable character dynamics and no real dramatic weight. There are a couple of times where the 701 squad's lack of pain response is used creatively as a plot device, but that's about it.

The action scenes are choreographed and filmed with flair, but there is a lot of gun-based action that doesn't fully take advantage of Jet Li's particular skill set - he does get to strike plenty of cool poses at least. There is some cheap-looking CGI at times (this must be one of the first Hong Kong films to experiment with it?) but overall the action is the main reason to watch the film. 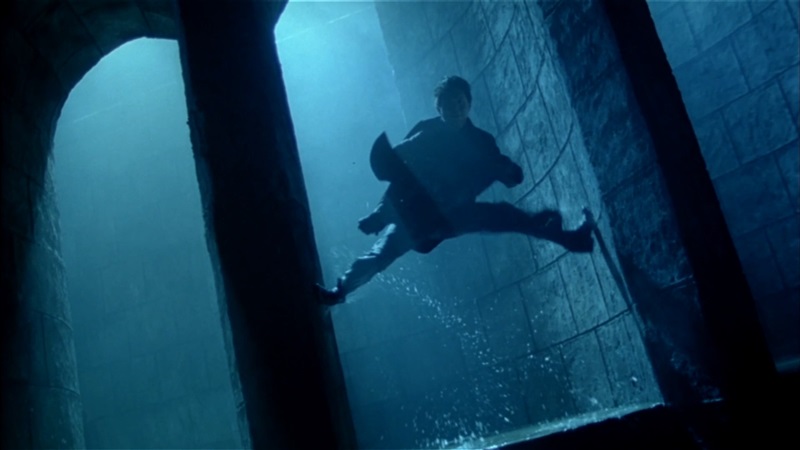 Unfortunately the action, like the rest of the film, is blighted by an awful sound mix on the versions I have - a remastered DVD from Mei Ah and a special edition bluray from Germany. The foley work is amateurish, mostly using the same few cut and paste sounds with little effort to vary the volume or tone.

The film has a surreal lack of sonic ambience in general, often just having the actors' voices in isolation or with very selective foley effects. Voices are poorly dubbed and mixed in post-production, sounding like actors reading their lines in a studio. Jet's voice actor doesn't fit him at all, and even though Lau Ching-Wan dubs himself the intonation doesn't always match the intensity or tone of his on-screen performance.

The bluray somehow manages to make it slightly worse by mixing the music so low as to be inaudible at times, but otherwise sounds much the same. I can't remember if it sounded this bad on the oldest copy I had of the film, which I think was the non-remastered Mei Ah DVD. I remember thinking the audio on the remastered DVD was especially awful, but I don't have the older disc anymore to compare.

There aren't many films where you can point at the sound mix as the worst part but this is probably one of them. Unfortunately it doesn't really have any great strengths to outweigh this either. Martial arts cinema fans will want to watch it anyway because c'mon, it's Jet Li + Yuen Wo-Ping + Tsui Hark, but should be prepared for disappointment.

The TVP bluray includes an extended version of the film that adds a few minutes of footage found in other versions to the Hong Kong cut (which is significantly longer than the international cut). Most of it is just slightly extended dialogues that don't really add anything, but there are a few shots of gore that do make the action scenes more coherent, and the first encounter with Anthony Wong's character is a bit longer and quite fun. The picture quality takes a dive in these scenes, even for shots that are exactly the same in some cases. It's interesting to see once but doesn't transform the film.

BLACK MASK seems like it ought to be much better than it actually is, but it is still far better than Black Mask 2, so I guess that's something?