Directed by
Genre
Good rather than great 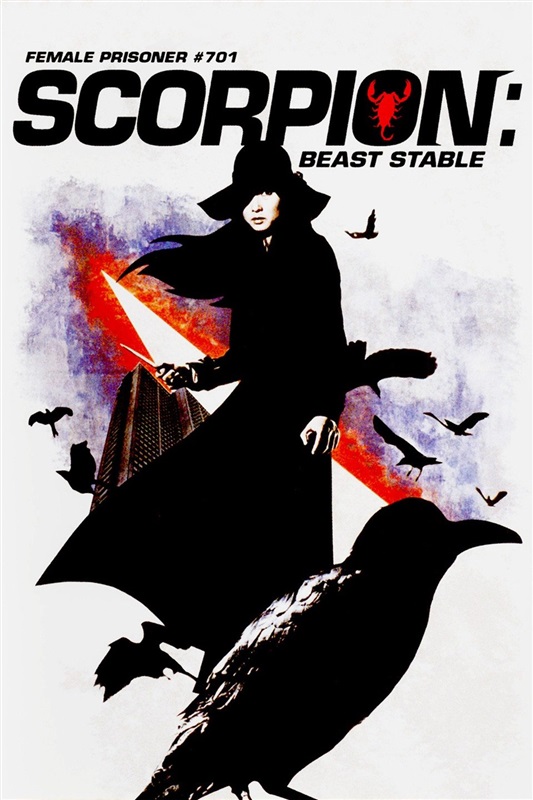 This is the third film in the series, following on from Female Convict Scorpion: Jailhouse 41, so minor spoilers can be assumed for that and Female Prisoner 701: Scorpion.

Nami Matsushima is now a fugitive from the law, public enemy number one. A kindly prostitute offers her a place to stay, and Nami learns about her sordid life and the brutal conditions imposed on the area by the local Yakuza gang that run it. The gang soon recognise Nami and figure they can exploit her because she can't run to the police to report them... a theory they will come to regret.

Beast Stable sees our heroine alone and with survival her only priority, reduced to an almost animalistic state. Her encounter with the kind-hearted Yuki offers her a reminder of companionship and community, but their environment seems set on destroying it.

I found the themes harder to parse here than they were in Jailhouse 41. A scene with Nami holding a severed arm in her mouth is later mirrored with a dog, and she spends a period of the film locked in a cage, so there's obviously some symbolism going on... but it wasn't clear to me what the film wanted to say with it. Perhaps just that people are animals. It is certainly clear that Nami has traded one type of prison for another.

Beast Stable is again a stylish film but it doesn't go to the same extremes with it as Jailhouse 41 or the first film. There are some nicely composed shots and memorable images, but nothing as transcendental as the colourful forest in Jailhouse 41 or the glass floor in Prisoner 701.

Being neither as stylish or as thematically rich as its predecessors means that Beast Stable doesn't rise to their classic status, but another mesmerising performance by Meiko Kaji means it's still a decent outing for Sasori that perhaps tilts more towards exploitation than arthouse, but still delivers the artful cinematography that we expect from the series.

As with Jailhouse 41 the bluray from Arrow Video has boosted the contrast and applied a blue tint throughout, which does make some scenes more striking and dramatic but looks quite out of place in others.