Directed by
Genre
not as tight as the original 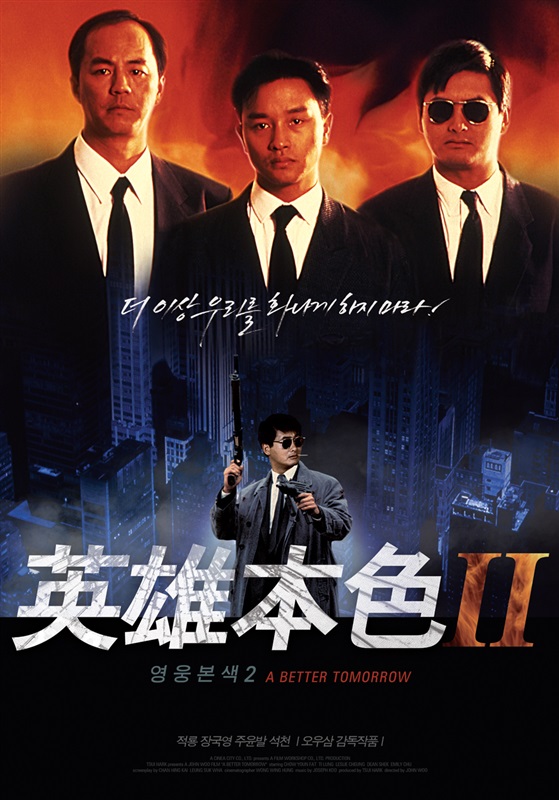 The plot of this sequel to one of Hong Kong's biggest box office hits is a little unclear compared to its predecessor, but basically continues the tale of two brothers on opposite sides of the law and the examination of the difficulty of escaping a life of crime once entered. Chow Yun-Fat's character Mark was clearly the most popular in the original, inspiring a whole host of imitators of his style, so the writers must have been regretting killing him off. No problem, just magic up a twin brother who is exactly the same and hope nobody notices or something. It's cheap but it achieves the desired end - couldn't have had a sequel without CYF doing his thing.

The film was apparently made to help Dean Shek out of some financial difficulties, which unfortunately means he had to be in it. Surely the most annoying actor in Hong Kong history? He actually acquits himself quite well at the beginning of the film, but then his character goes mad and he hams it up rather unconvincingly. Definitely the weakest part of the film.

The sequel is certainly not as tight as the original due to these shoehorns, but it still manages to recall the things that made the first film so successful - the strong characters played by Leslie and Ti Lung, the coolness that gives way to burning intensity in Chow Yun-Fat, the ultra-cool visuals and the inventive and stylish gunplay (though the finally at times lapses into people waving a toy uzi around and other people waving their arms around and falling over) that put John Woo on the filmic map more than anything else.

In other words, it's still a pretty damn good film.